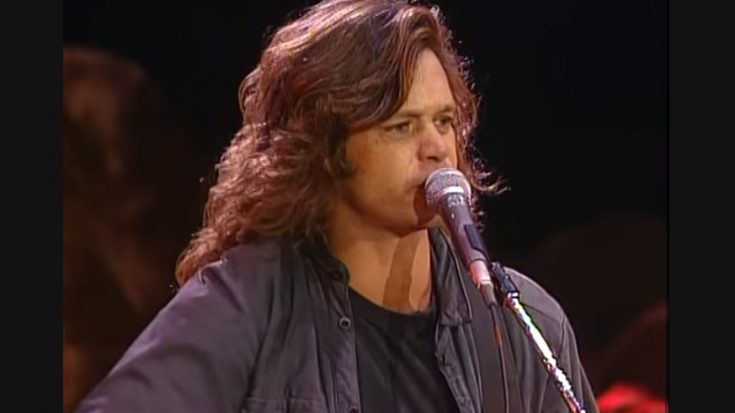 This particular lyric has always stood out to me, and has been one of my favorite John Mellencamp lyrics.  It’s a nostalgic line at its’ core.  For many, myself included, the lyric and the song invokes memories of days gone by and how quickly those days turn into weeks, months, and years.  It’s simple and pure.  There’s another similar line in the song that says “the winter days they last forever, and the weekends went by so quick.”  True when you’re 17, but when you’re older it’s easier to amend that to the years went by so quick.

I think the line stood out to me in particular because I would turn 17 just five months after the release of this song in October of 1987.  John Mellencamp had just turned 36 by the time this song was released as a single (he was 35 though when the album “The Lonesome Jubilee” was released).  John was one of those artists that was a little older before he really broke into mainstream success.  It was 1982’s “American Fool” album when he was already 31 that turned him a household name as John “Cougar” with the hit singles “Hurts So Good” and “Jack and Diane.”

I always wondered what I would be like at 35.  Would I be surprised that I was still living?  Would I have a wife and kids?  Would I think back on my high school years like John was when he wrote this song?  Hell, 17 has turned 35 has turned 49.  I’m not surprised that I’m still living, but I could have never imagined that I would be living in Arkansas sitting on my back porch on a Saturday morning waxing nostalgia on a strange little contraption called a laptop computer to “post” on an equally fascinating thing called a “website.”  That’s the point.  We never know where we’re going to end up or how things will turn out.

“That’s when a sport was a sport, and groovin’ was groovin’.  And dancin’ meant everything.  We were young and we were improvin’.”

Sure the chorus is little dated with the line “and groovin’ was groovin’.”  You can tell John was from a different era as his school days would have consisted of the 60’s and early 70’s, and he loved his sports and his dances.  I was definitely into sports, but I was never much for school dances.  It was the fear of looking like a complete fool that held me back.  That and the fact that, you know, you had to talk to girls (insert scared emoji face right here).  That’s dumb sure, but it wasn’t for insecure teenagers everywhere, and I know I wasn’t alone in that category.

So I didn’t attend any school dances save my senior prom in 1989.  That’s pretty amazing actually.  Not one school dance until then.  Funny thing is since high school I’ve taken dance lessons with my wife (twice), been to numerous weddings, birthdays, clubs, bars, etc. where I’ve been a dancing machine!  Ok, so not really a machine, but I did dance.

“One night me with my big mouth.  A couple guys had to put me in my place.  When I see those guys these days we just laugh and say do you remember when?”

I never got into any fights growing up in the 80’s either.  The one time I was in one I didn’t actually know that’s what it was supposed to be.  It was early 80’s.  I was probably in 5th or 6th grade, and I was in elementary school at Northwood Elementary in Seminole, Oklahoma.  For some reason I thought it would be funny to tell the kid behind me in class to shut up every time he asked me a question about an assignment we were currently working on.  Apparently he didn’t think that was too funny and as I was on my way walking home (I lived right across the street from the school), he called my name to come see him over by this small little storage building on the school property.  So I went over there where he proceeded to grab me and then tried to pull me backwards and make me trip over his leg.  I stumbled over his leg but didn’t fall and decided to just keep on going right across the street into my house.  That was it.  We were friends after that.  I never told him to shut up again.

“If we’ve done any wrong, I hope that we’re forgiven.”

Another line that should always ring true as we mature and reflect back on the memories of life.  As for Mr. Mellencamp, well he’s gone from 17 to 35 to quickly approaching 69.  He’s still pumping out music and is always pretty vocal about his politics.  As for what the future holds for him or for us, well, we just don’t know.  But what we’ll always have are the memories.

“Outside the club “Cherry Bomb,” our hearts were really pumpin'” 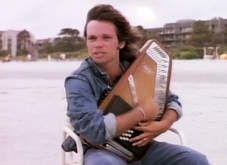 John received a lot of hate mail for this particular video after its release in 1987, and only because it features a young black male and white female dancing together.  Just goes to show you that people were stupid in 1987 too.  My favorite thing in this video (besides John’s suspenders) is John rocking the autoharp on a beach that is nowhere near his home of Indiana.  Just something funny about that scene.  With a title based upon John’s teenage club hangout in the basement of a church called “The Last Exit Teen Club,” here is the pride of Seymour, Indiana with “Cherry Bomb…”