“Rising Up, Back on the Street”

“Did my time, took my chances.” – Survivor

In his 1993 speech at the Espy Awards show on ESPN, former North Carolina State basketball coach, the late Jim Valvano, said that if you laugh, if you think, and if your emotions bring you to tears each day then “that’s a full day… that’s a heck of a day.”

That’s a simplistic but beautiful approach to daily living, and if Jimmy V sets the criteria, then I’ve had a lot of full days recently.  Christmas is over and 2017 is no longer.  Two thousand and eighteen lies before us like a new road leading to unchartered places and stops, ready to form new memories. 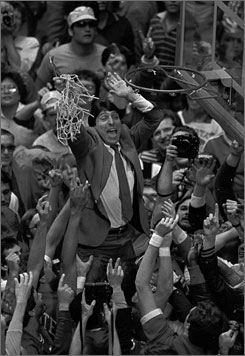 For myself, the past few months have held difficult decisions, and at times it seems like a street fight is going on inside my head between gangs with names like “stress” and “sleeplessness” and “guilt” and “confusion.”  It’s no wonder that I have a head cold as I sit here and pound on the keys.  The body and mind can only handle so much before it starts its’ own revolt and reminds you who’s really in charge.

“Went the distance, now I’m not gonna stop.  Just a man and his will to survive”

The beauty of this site for myself is that, at times, it acts like a psychiatrist listening to my written pleas, quirky ideas, total randomness, and daily struggles.

I’ve written on here before about my aging parents.  My dad physically struggles, and my mom mentally struggles.  Life is throwing nasty curveballs and 100 mph heat at me everyday.  The decisions I’ve had to make recently deal with real lives and the effects that follow dealing with independence and quality of life for aging parents.

The results are mixed.  They are expected and unexpected.  They are logical and illogical and calming and frustrating all at the same time.  Those aforementioned emotions run the gamut from joy to sadness to anger.  Hard truths can be ugly, uncomfortable, and unfair, yet they must be dealt with and told.  And so we soldier on.

“Don’t lose your grip on the dreams of the past.  You must fight just to keep them alive.”

It’s through these trials and tribulations that I realize how weak the human condition can be (and is) at times.  It harbors a verse in me from 2 Corinthians when Paul writes “For when I am weak, then I am strong.”  What Paul is pointing out is that faith is what ultimately gets us through tough times.

With faith, we must relent to a bigger picture and lean not on our own understanding.  And it’s through this time of complete helplessness and weakness that we eventually become stronger.  It might lead to becoming physically stronger, mentally stronger, spiritually stronger, or all of the above.  It’s a transformation of sorts caused by our weakness during troubles and trying times.  It can make us a better person, more understanding and empathetic.

That is what I am leaning on because if I didn’t I would be trampled by guilt and confusion.  Second-guessing and pure sadness would pummel me like Clubber Lang did to Rocky in their first fight in “Rocky III.”

Maybe I’ve made you think some with this post.  Maybe you’ve even cried thinking about your circumstances or something you’re going through or just went through.  Well, let’s laugh a little bit now so we can have a full day.  That starts with our featured video and song.

“And the last known survivor stalks his prey in the night, and he’s watching us all with the eye of the tiger.” 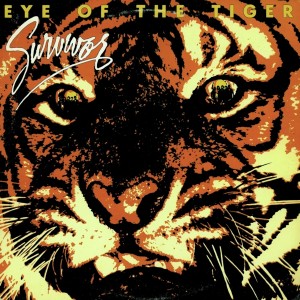 I had this album once upon a time

The group Survivor formed in 1978 in Chicago, and had eight Billboard Hot 100 top 40 hits from 1981-1986.  This song was written and released upon Sylvester Stallone’s request for the movie “Rocky III” (he was denied by the band Queen from using “Another One Bites the Dust”) in 1982.  The song shot to the top of the Billboard Hot 100 and spent six weeks there less than a year before Jim Valvano would lead his NC State Wolfpack to the national title in basketball in spring of 1983.

The song was featured in the closing credits of the movie, which was also a blockbuster smash and probably my favorite of all the Rocky movies.  It was the fourth-highest grossing movie of 1982 after its’ release at the end of May.

The opening scene for this music video today just makes me smile though.  With original lead singer Dave Bickler leading the way, the five members of Survivor strut down a city street looking like the worst, least intimidating gang of all-time.  These five guys look more suited for a street fight in Will Farrell’s “Anchorman” movie than an actual fight in the real world. 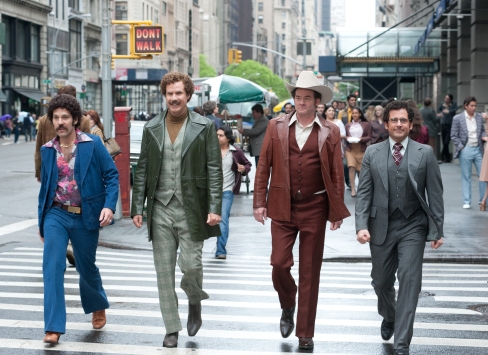 Bickler is wearing his trademark beret, which doesn’t help their image any.  Don’t get me wrong about berets though!  When the political activist group The Black Panthers wore berets back in the 60’s and 70’s, that was a cool, but intimidating image.  And when Prince sang about a Rasberry one (you know – the kind you find in a second-hand store), that was alright too.  With Bickler though, he seems more suited in his beret to be seated in a park with a paint brush and canvas knocking out a bad-ass fountain scene on a sunny day. 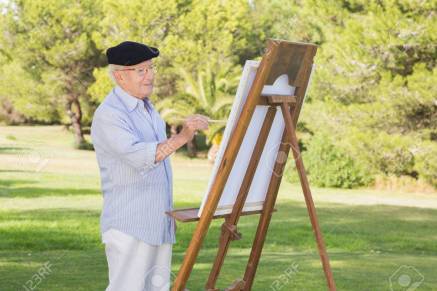 It’s possible that this stock photo is Dave Bickler today.

Though the video is funny to me, the song is a true 80’s treasure.  It’s about focusing.  It’s about overcoming odds.  It’s about being knocked down but getting back up and choosing to persevere.  It’s why the song has been and is used as a motivational soundtrack.

So as 2018 kicks off, there will be fun times, and emotional times, and tough times ahead that will require us all to rise up and to summon the “The Eye of the Tiger…”

May Survivor give you some energy today to think, cry, and laugh.  And may you have a full day ahead.