“Hey Leroy, Did You Hear About That Boy Mike Tyson?” 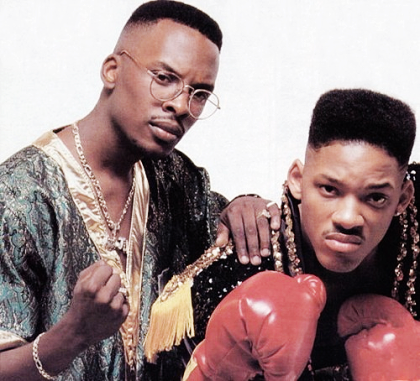 Earlier this week I read the story about boxing legend Mike Tyson’s plan for a 40 acre marijuana multi-purpose resort in California.  Am I surprised?  Not even remotely.  One of the most perplexing and polarizing figures in American sport in the 20th century, Mike Tyson the man is as outlandishly unpredictable outside of the ring as his impenetrable and impregnable boxing style was in the ring during his prime.

In late 1989, I was a freshman basketball player at St. Gregory’s College, a two-year college in Shawnee, Oklahoma.  At that same time, Mike Tyson was the undisputed heavyweight champion of the world.  He was the youngest boxer to ever win a heavyweight crown when he won the WBC title at the age of 20 years and four months in 1986, and because of his rare combination of strength and quickness, was thought to be unbeatable by many. 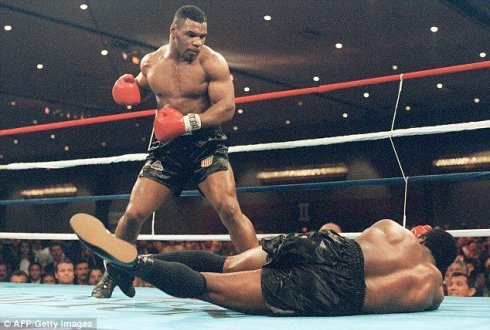 He was also looked down upon by many as a convict and thug, because of his past criminal activity (Tyson was arrested many times in his teens, and would also later be convicted of rape and spend time in jail missing out on three years of his boxing career).  But regardless of one’s personal view, by late 1989 Mike Tyson was considered by many as the baddest man on the planet.

I had my Nintendo DES gaming system at college along with the video game “Mike Tyson’s Punch Out.”  Mike Tyson had a video game!  You can even play it on your computer now though it’s much tougher using a keyboard for the controls than it is using a game controller, but that should tell you something as to the popularity of Mike Tyson during this time. 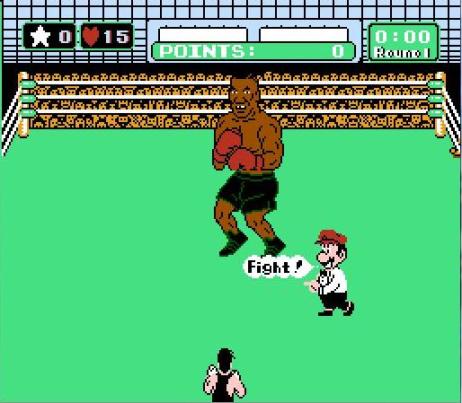 To get an idea of Mike’s combativeness and what many of his unpredictable interviews could be like, check out this post-fight video from 2000 with Jim Gray interviewing Mike.  It’s probably one of his most famous.  The dialogue and quotes really pick up at about the 50 second mark…

Mike wanted to eat his children and followed it with a praise be to Allah!  Lol.  You never knew what Mike was thinking or what he would say or do and you still don’t as evidence by his recent announcement.  Still remains to be seen if this new marijuana venture will ever come to fruition though.

“I been training 20 hours a day, lifting big old cars and big bails of hay.” 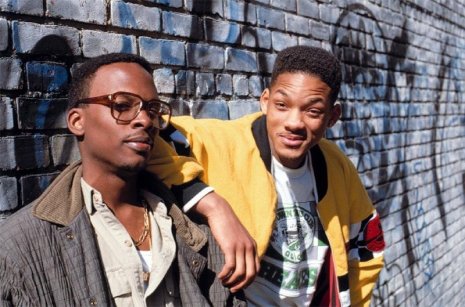 Also by late 1989, the west Philadelphia friends DJ Jazzy Jeff (Jeff Townes) and the Fresh Prince (Will Smith) were in their early 20’s and establishing themselves as one of hip-hop’s friendliest and funniest rap duos.

I was first introduced to them by former high school teammate Chad Thrailkill when he played their first hit “Girls Ain’t Nothing But Trouble” for me with his cassette walkman back in 1986.  As a side note, Chad also introduced me to the Dairy Queen Heath Bar Blizzard back around the same time, which has become another staple in my life along with Jazzy Jeff and the Fresh Prince for some 30+ years now.

“I’m rough like a freight train smooth like ice, yo Jeff, straight up, I think I can beat Mike Tyson!”

Most people only partially familiar with the duo will still likely know them from their one of their two biggest hits – “Parents Just Don’t Understand,” a 1988 smash, or “Summertime,” a 1991 top 10 hit.  But back in 1989 when the duo released their third album entitled “And in This Corner…,” the lead single was a tribute to the baddest man on the planet – “Iron” Mike Tyson.  The song was simply titled “I Think I Can Beat Mike Tyson,” and it reached number 58 on the Billboard Hot 100 chart.

Whenever myself or one of my friends was playing “Mike Tyson’s Punch Out,” I would usually pop this cassette in and play it loud if one of us ever made it to a fight against Mike.  It was a funny tribute to whomever was getting ready to fight Tyson, and to also pump them up for the toughest fight in the game.

The accompanying video features cameos by Mike Tyson and his promoter at the time, Don King.  The song also mentions current President Trump who hosted fights at his hotel and casinos in Atlantic City.  Also ironically, 12 years later Will Smith would portray another great boxer, Muhammad Ali in the biopic movie “Ali.”  Maybe it was all the training he did for Mike Tyson that prepared him!

Thanks for your time.

Pretty sure 1989 me could have beaten Mike Tyson!

Like Loading...
This entry was posted in Uncategorized and tagged boxing, DJ Jazzy Jeff and the Fresh Prince, I Think I Can Beat Mike Tyson, Jeff Townes, Mike Tyson, Mike Tyson's Punch Out, rap, Will Smith. Bookmark the permalink.

1 Response to “Hey Leroy, Did You Hear About That Boy Mike Tyson?”