“But I sure know where I’ve been.” – Whitesnake

It’s over.  I know where I’m goin’ to.  It’s called “old and uncool land.”  I know many of you are sitting there and thinking to yourselves – no way Kyle!  You will never be old and uncool!  Well, you’re probably right and I appreciate that, but let me tell you what rocked my boat recently (only someone old and uncool would use the phrase “rock my boat.”).  I love watching the Olympics with all of its pageantry and stories and inspiration.  So, I was watching on Sunday night as the coverage went to a commercial break.  As I was looking through a magazine laying on my couch I heard probably my favorite 80’s song of all-time coming from the tv.  It was the unmistakable lyrics of David Coverdale and his band Whitesnake and their #1 hit released in 1987 – “Here I Go Again.”  Only it wasn’t David Coverdale’s voice I heard immediately.  It sounded like kids singing.

Ladies and gentlemen, some of the best hair of the 80’s – David Coverdale!

“Hanging on the promises in the songs of yesterday.”

I immediately reached for the remote to crank up the volume while wondering what strange and wonderful product was utilizing this hairband masterpiece for its product!  Would I see 1987 Tawny Kitaen prancing around and advertising the latest deal on a brand new Jaguar?  Would 1987 David Coverdale be pimping some cool shades or promoting the latest in leather pants from whomever makes leather pants?  Who was about to get my business by being cool and wealthy enough to buy the rights to use this song?

I anxiously looked up and what did I see?  No David Coverdale.  No Tawny Kitaen.  No Jaguars or leather pants makers.  There wasn’t even one long-haired band member to be seen anywhere.  No pyrotechnics.  No nothing.  It was a lot of elementary school kids with back to school supplies and clothes advertising for Wal-Mart!  Freakin’ Wal-Mart.

“Oh Lord, I pray you give me strength to carry on”

I have absolutely nothing against Walmart.  I live about 15 miles from the Walmart corporate headquarters in Bentonville, AR.  We have Walmarts everywhere around here.  I shop at the new super center less than a mile from our house all of the time.  Walmart is not the only economy driver here in NW Arkansas, but it is most definitely the captain of our economical ship.  There would not be a lot of the amenities that make NW Arkansas one of the premiere places to live in the U.S. without big blue.  This area is a great place to live, and much thanks goes to the late Sam Walton and many of his children that help to continue the legacy.  But man, when you think of cool companies, Walmart does not come to mind.  And with the world’s largest retailer utilizing this classic 80’s song in a commercial they officially dragged me and my 80’s-loving-Whitesnake-self down with it.

“Just another heart in need of rescue.” 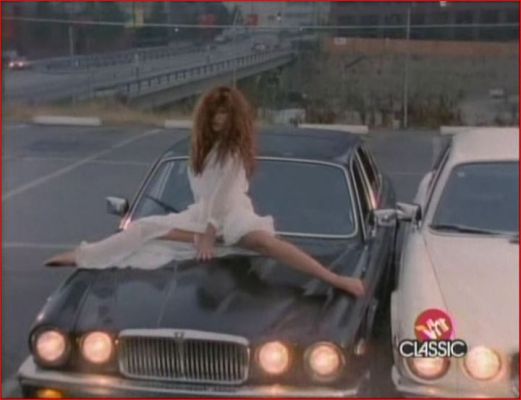 Tawny had to have helped Jaguar sales in the late 80’s, right?

When I hear the song, I think of loud music, fast cars, and hot women on a warm summer day.  Not a bunch of elementary school kids still learning to wipe their noses.  The song was an anthem for me in the summer of 1988 when I was 17.  I would manually roll down the windows of my first car – a 1984 Camaro, pop in my Whitesnake cassette tape and cue up “Here I Go Again.”  I love the slow intro with only vocals and a keyboard that builds in momentum.  Then, probably next to Phil Collins’ “In the Air Tonight,” it has the best air drum part for an 80’s song in my opinion.  I would hit those air drums on my steering wheel and do my best to drive the speed limit down main street in Norman, Oklahoma.  I was pretty sure that Tawny Kitaen would magically appear at any moment, jump in my car, and start trying to make out with me causing me to pull into Sonic for something to cool us off while all of my friends stared in disbelief at my good fortune.

Alas, Tawny never materialized but I wore that Whitesnake cassette out mostly playing this song, “Still of the Night,” and “Is This Love.”  But, it will always be “Here I Go Again” that will forever remain with me.  The song is about the young and carefree days of experiencing short and shallow romances, and longing for something more.  1988 was a much simpler time.  It wasn’t always an easy time, but nothing in this life is promised to be easy.  That car and that song will forever be linked by time and by memory, and no world-wide major retailer with a slightly funny commercial will ever take that away. 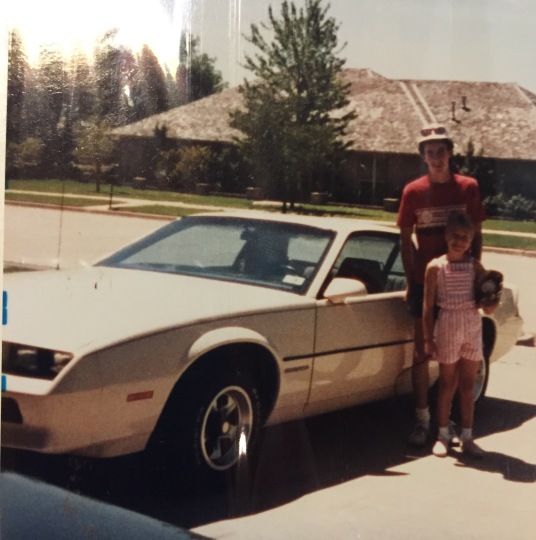 My sister and me with my first car (and hers too) – the Blade-mobile, an ’84 Camaro Norman, OK

“Cause I know what it means to walk along the lonely street of dreams.  And here I go again on my own.”

Not only one of the best songs of the 80’s, but one of the best videos as well.  No Walmart ads, just the young and awesomeness of Whitesnake and Tawny Kitaen getting ready to hit you right in the face…

Like Loading...
This entry was posted in Uncategorized and tagged 84 Camaro, David Coverdale, Tawny Kitaen, Whitesnake. Bookmark the permalink.