“Welcome to Your Life” 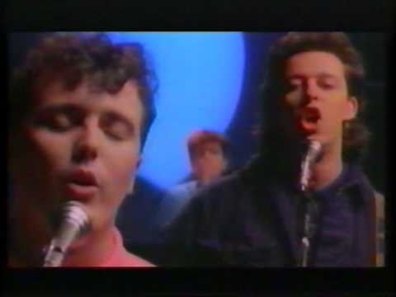 “Welcome to your life.  There’s no turning back” – Tears for Fears

Recently I had the privilege of spending a few hours in the company of former coaches and players that were brought together to celebrate the career of their former coach and athletic director in Ft. Smith, Arkansas.

The event was called an “Evening of Influence,” and it was organized by the Fellowship of Christian Athletes Arkansas chapter and honored Jim Rowland and Bill Stancil.  I know neither of these gentlemen.  Stancil passed away in 1991, and I’ve met Jim Rowland once briefly to shake his hand.  Coach Rowland just retired in June after many years as athletic director in Ft. Smith which followed his coaching days.  Both men were honored by a large and diverse group including coaching greats like former Ft. Smith and Bentonville high school football coach Barry Lunney Sr. and current Auburn football coach Gus Malzahn who both were featured speakers.  Also, long-time state and current U.S. Senator John Boozman was on hand to speak and pay tribute as well.

It was such a nice and pleasant diversion from what we are seeing on tv, on the internet, everywhere these days as this country wages back and forth in our quadrennial run for President of the United States.  All I see in this circus parade is people scooping up the elephant dung and hurling it at each other.  The candidates are all about me, me, me.  Yes, they talk about what they think is good for America and all the people they will help if elected, but what it really comes down to is look at me and what I can do for you.  Me, me, me.  Blah, blah, blah.

That’s why it was so nice Sunday night to hear about men that had spent their lives dedicating it to others.  They humbly built up those around them and tried to do what was right regardless of what the majority may have wanted (there was a nice recollection of their importance handling integration in the Ft. Smith public school system).  I listened intently as the speakers used words like “character,” “professionalism,” “impact,” “influence,” and “faith.”  I felt like I knew Jim Rowland and Bill Stancil after the evening ended and would have been proud to have supported either of them through the years.

“We will find you acting on your best behavior.”

Even though I don’t know Coach Rowland personally I feel like I know the type of man he is because I had the great pleasure of playing for outstanding coaches in my life that shaped and molded me as a young man.

I grew up with the best coach of them all – my dad.  I never formally played basketball on any teams he was a coach of, but instead I had the honor of playing for three other great basketball coaches – Tony Robinson at Norman High School in Norman, OK, Don Sumner at St. Gregory’s College in Shawnee, OK, and Ken Hayes at Northeastern State University in Tahlequah, OK.  They were three unique individuals with different personalities and styles, but they impacted lives (they still continue to), and they all cared about their players.  I learned from each of them.

If you’ve ever been involved in organized athletics, and spent time around a good coach then you know what I am talking about.  It can make all the difference in your adolescent life.  I feel like if someone built a museum for my life that all three of these men would have statues in there.  This post would turn quite lengthy if I tried to go into detail about each one so I will save separate posts for each one for a different day. 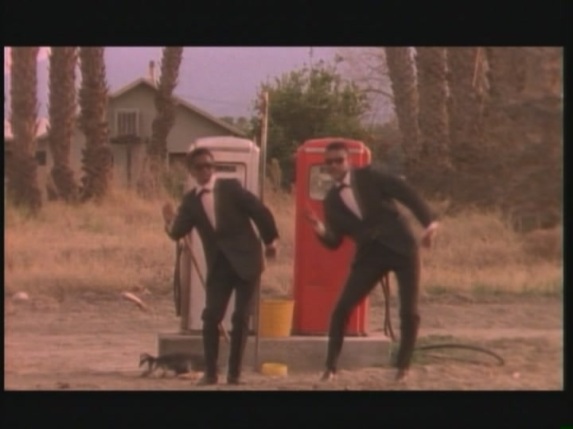 Just a cool part of the video that I chose to use in this post.  I only wish I had moves like these guys on the dance floor back in the 80’s.

“Help me make the most of freedom and of pleasure.”

There’s nothing like a gathering of ex-players and coaches for an event to make you think about legacy and what your legacy will look like one day.  The great thing is that we’re never really through leaving a legacy while blood pumps through your veins.  As long as you continue to breath in and out in this world there is still time to speak into another life, be a better a friend, a better spouse, or help someone in need.  You never know who God will put in your path.  Coaches affect many young men and women every year, and I can’t think of too many more impactful professions.

Originally titled “Everybody Wants to go to War,” the song was a late addition to the TFF album “Songs From the Big Chair,” but went on to spend two weeks at #1 on the Billboard Hot 100 in 1985.  According to Curt Smith, the song is about the quest for power and all that goes with it, and that’s why I picked this song for this post because it’s also a reminder, as Uncle Ben said to Peter Parker in “Spiderman” – “with great power comes great responsibility.”  Think about the power you’ve been given in your life and who you influence on a daily basis and think about those you influence that you don’t even know about (and I guarantee you there are some of those people as well).

“Nothing ever lasts forever.  Everybody wants to rule the world.”

Don’t try and rule the world.  Try to live a life worthy of a legacy and you will live a life well-lived.  If ruling the world, or even “ruling” the United States requires that I behave like the candidates and the supporters I see on tv, hear on the radio, see on the internet, then a life in an actual circus may be a better and more worthy choice.

Like Loading...
This entry was posted in Uncategorized and tagged Everybody Wants to Rule the World, legacy, Tears for Fears. Bookmark the permalink.

1 Response to “Welcome to Your Life”