“We Got the Bottle, You Got the Cup”

“Come on everybody let’s get…” – The Beastie Boys 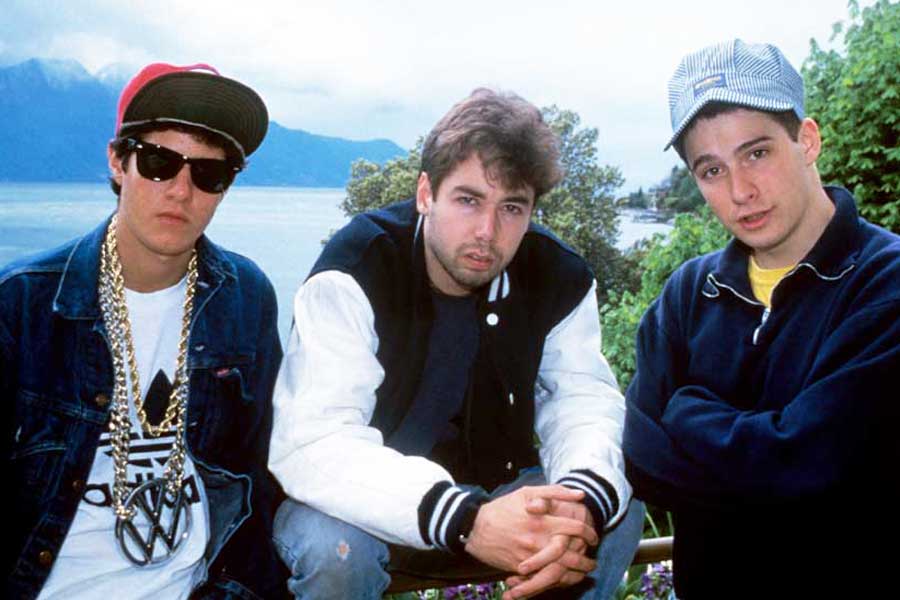 Last night I watched “The Beastie Boys Story” on AppleTV.  I signed up for a free 7 day trial just for this very purpose.  Whether I’ll continue with my subscription for $4.99 a month is questionable at this time.  I already have too many streaming services – YouTube TV, Netflix, Amazon Prime, ESPN+, Disney, and Hulu.  I don’t know that I have enough time in the day to justify all of those services already.  But, I digress.

“The Beastie Boys Story” was fantastic.  I’ve been a fan of the Beasties since “Licensed to Ill” came out in 1987.  Coming along at a perfect time as white suburban teens everywhere were dipping their toes into the rap pool, I was one of those kids.  My rap tape collection was growing with the likes of Run-DMC, LL Cool J, and Kool Moe Dee, and then here come these three crazy rappers hailing from Brooklyn, calling themselves the Beastie Boys and all the while making me laugh with an album called “Licensed to Ill” (“what a dumb name!” – Joan Rivers after mistakenly calling the album Licensed to Kill and being corrected in one of the clips).

I never saw them perform, nor will I ever after the passing of Adam “MCA” Yauch in 2012, but I learned so much and was as equally entertained by the remaining two members Mike D (Mike Diamond) and Adam “Ad-Rock” Horovitz.  The live documentary produced by Spike Jonze featured the two on stage in Brooklyn, mics in hand, reliving the past through a combination of stories, pictures, music, and video.  They spoke about their original girl drummer (Kate Schellenbach), who you can tell they felt bad about dismissing back in the day before they blew up.  Of course they spoke frequently about Yauch, who created the band and was really the creative driving force behind the trio.  I learned about their departure from Def Jam and Russell Simmons and Rick Rubin after the initial album and constant touring schedule, and their move to the west coast and the reinvention of their band over and over through the years.  It’s all very interesting and worth watching if you like the Beastie Boys or just have an appreciation for who they were and what they accomplished in their 30+ year history together.

“The song and dance keeping you in a trance.  If you don’t buy my record I got my advance.”

I wore out that Beastie Boys cassette tape “Licensed to Ill” in 1987 & 88.  There were times during those sweltering Oklahoma summers that my cousin Kasey would come stay with my family in Norman, Oklahoma for a week.  At nine years younger, Kasey was like a little brother to me, and I would take him all over with me – to mow yards (summer job), to the golf course, to the mall, to get snow cones, to the movies (anyone remember “Masters of the Universe” starring Dolph Lundgren as He-Man; yeah, I hooked Kasey and I up with tickets to that).

Of course, I would fill him full of my 80’s soundtrack which usually meant he was getting a large dose of hair metal, classic rock, and of course rap – particularly The Beastie Boys (who had very little explicit lyrics on that first album).  Besides the obvious “Fight for Your Right”, our go-to song was their minor hit “Brass Monkey,” which we thought was just really funny to sing along with. 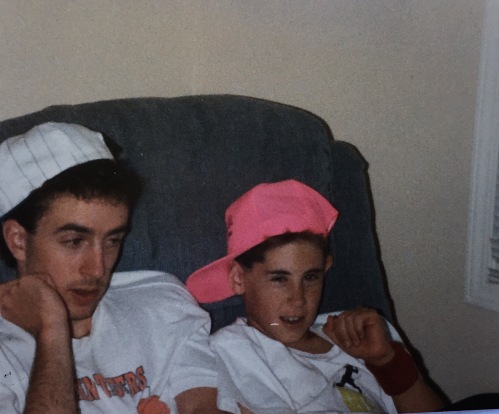 I had no idea what Brass Monkey was though I could surmise that it was most likely some kind of alcoholic drink.  Pretty sure Kasey just thought it was a song about a monkey.  I mean he was only about 8 when we were listening to this song.

Of course the Beasties completely changed course with their next album “Paul’s Boutique,” which was deemed a disappointment shortly after its’ release.  I actually bought the cd and I mostly enjoyed the track “Hey Ladies” over and over in my dorm room at St. Gregory’s.  Occasionally I might bump “Shake Your Rump” or “Shadrach,” but for the most part it was nothing like anyone (including me) expected.  Over the years though, I’ve gained a renewed appreciation for this album even dishing out a few bucks for a “Paul’s Boutique” t-shirt a few years back (I also bought one for Kasey). 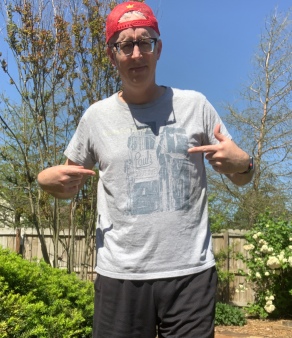 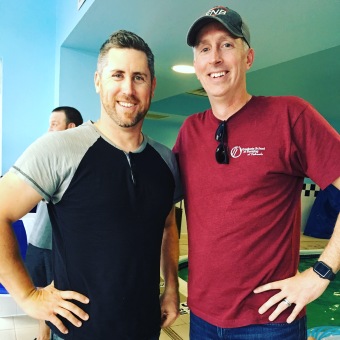 “I drink Brass Monkey and I rock well.  I got a Castle in Brooklyn (that’s where I dwell)”

In honor of those summers long ago when I would cruise around in my ’84 Camaro with my windows down, my stereo pumping, and my little cousin Kasey riding shotgun, and in honor of a band that was ground-breaking, innovative, hilarious, and just reminded you that you and a couple friends could probably form your own group like this – here is the band that’s “got more hits than Rod Carew,” (sidenote: I love Rod Carew) – check out a “live” performance of The Beastie Boys on TV’s “Solid Gold” with “Brass Monkey…”

“Tilt your head back, let’s finish the cup.”