“I Was Listening to the Radio”

“I heard a song that reminded me of long ago.” – Eddie Money 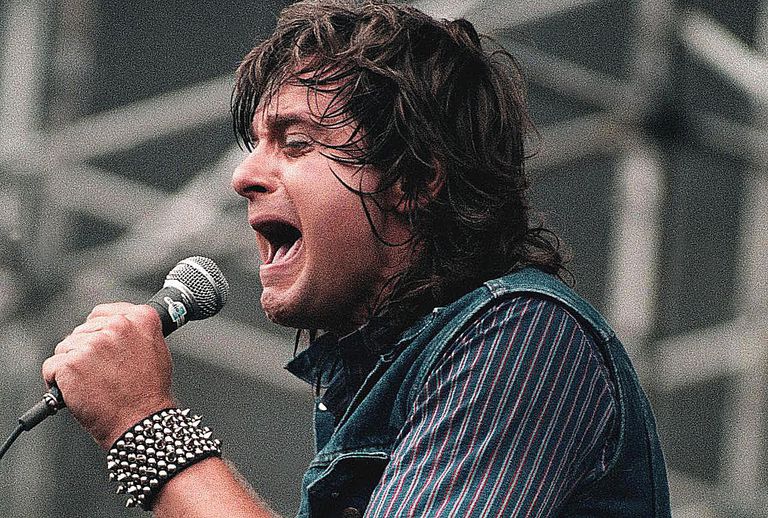 Part two of my Ocasek-Money retrospective shifts its’ focus to Edward Joseph Mahoney today.  Like Ocasek, Money was not a young man when MTV started taking musical acts to new heights with music videos.  Money had already charted with success in the late 70’s and early 80’s, but was 28 when his first album debuted in 1977, and in his early to mid 30’s when his popularity peaked with the platinum-selling “Can’t Hold Back” album in 1986 that saw him nominated for a Grammy for the hit song “Take Me Home Tonight” with Ronnie Spector.

No one will ever confuse Eddie Money with some sort of brilliant lyricist or musician (though he did play a decent sax), but for me, Eddie always represented blue-collar success.  Just an average guy with a nice voice that had enough guts and confidence to leave his east coast Irish family where his dad and brother were police officers (Eddie himself had been a police officer as well for two years), and try to make it in music on the west coast.  And make it he did.  A string of hits followed from the late 70’s through the early 90’s, and it seemed to me like Eddie lived the rock star’s life to the fullest.

I saw Eddie Money perform in a makeshift music venue in the parking lot of a local mall in Fayetteville, Arkansas in the summer of 2008.  It was the beginning days of The Walmart Amp, which was nothing more than a giant tent and folding chairs in the middle of a mall parking lot.  Since that time, The Amp now has a permanent location just off the interstate in Rogers, AR, and continues to attract very good artists, especially those on the Kansas City to Dallas route that have time for a quick stop at a high quality outdoor venue.

The things I remember most about the Eddie Money concert 11 years ago was that he was still doing his signature spin on stage at the age of 59 or 60.  His then 20 year old daughter Jesse provided back-up vocals and co-lead vocals on “Take Me Home Tonight”as she has done for many years on tour since then.  And I remember that Eddie was performing like it was a sold-out arena, not just some mall parking lot… and I appreciated that commitment.  The fact is Edward Mahoney seemed like the type of person you’d want to sit and have a few drinks with… a relatable, unpretentious rock star with a sense of humor and a catalog of music for us to enjoy on classic rock stations for years.

“Back then I thought that things were never gonna change.  It used to be that I never had to feel the pain.”

Though I took a narrower approach with Ric Ocasek’s music in my previous post, I can narrow down my favorite Eddie Money songs pretty easily.  They were all commercially successful, and songs I still enjoy.

#5 “Take Me Home Tonight” Like so many 80’s kids, I was introduced to a classic – Ronnie Spector when this song and video came out.  I had no idea about Ronnie or her 60’s girl group The Ronettes.  They had a handful of hits in the 60’s and then largely disappeared until Eddie recruited Ronnie to sing the hook from her classic 1963 hit “Be My Baby” to this now 80’s classic.  Favorite lyric:  “With all the power you’re releasing, it isn’t safe to walk the city streets alone.”

#4 “Endless Nights” – The mid-tempo song served Eddie well on this 1986 album, because the song that precedes this one on the album, ironically, is my third-favorite Money song.  Favorite lyric: “Here I am, just standing in circles, and the logic is turning me round.”

#3 “I Wanna Go Back”  See more on this song and video below.  Favorite lyric:  “I recall hanging out on Friday night.  The first slow dance – hoping that I’ll get it right.”

#2 “Baby Hold On” – Simple, catchy, and upbeat.  Eddie’s debut song and one that peaked at #11.  Favorite lyric:  “Hey baby.  You know the future’s lookin’ brighter every mornin’ when I get up.”

#1 “Shakin'”  One of the early MTV videos that features Eddie and his fictional “Rosanna.”  The video cracks me up because Eddie is half baked out of his mind through most of it.  And then there’s all of the car dancing during and at the end of the video.  You should check it out just to see Eddie’s stoned look and to watch Eddie try and dance inside a car.  There’s also the sophomoric humor that pops up almost totally unnoticed at the 1:05 mark of the song, and if the female lead looks familiar, it’s because she should for any of you “Purple Rain” fans.  The female in Eddie’s video is non other than Apollonia, Prince’s co-star in the movie.  Favorite lyric:  “It takes a lonely night with nowhere to go.  Just call Rosanna, it’s a hell of a show.”

I like Eddie’s sincerity in today’s music video.  I like his scarf.  I like his sax solo.  And I like the sentimentality of the song.  How many of us have never thought to ourselves that we’d like to go back to a certain point in life and take a mulligan?  I would venture the answer would be most of us.  Things happen for a reason though, so if you go back and change that moment, those words, that action, then who knows how it affects where you are today.  Sliding doors right?

Nevertheless, it’s an age old wish – one that will probably never cease to exist as long as we’re on this Earth and as long as we make mistakes or have regrets.  Here is Eddie Money with “I Wanna Go Back…”

Thanks for reading, and R.I.P. Eddie.  I hope “Take Me Home Tonight” was playing somewhere as you quietly slipped out of this life and into another.

Like Loading...
This entry was posted in Uncategorized and tagged Eddie Money, I Wanna Go Back, Ronnie Spector. Bookmark the permalink.