Bongiorno!  Wow it’s been a busy summer (which I know is officially over).  The past few months have flown by.  Since that time, I’ve completed my three-year continuing education at the Graduate School of Banking Colorado (GSBC) in Boulder.  I’m a real banker now!  And, more recently, my wife and I took a dream vacation in celebration of our 20th wedding anniversary.  We spent two weeks in Italy.

I tell people being in Italy for two weeks was like being on a movie set for two weeks.  I just looked around in awe most of the time at the beautiful scenery that didn’t seem real.  I viewed art work and buildings that were older than our country.  I read and listened to numerous history lessons that seemed more fiction than fact.  Everywhere we turned seemed to be a photo op.  Ah, and the food, and the wine!  It was an amazing experience.

“Borderline.  Feels like I’m going to lose my mind.”

We visited four places over two weeks – Venice (3 nights), Riomaggiore (Cinque Terre – 2 nights), Florence (4 nights), and Rome (5 nights).  We packed just one carry-on suitcase and a backpack knowing we would be staying in a few places that had a washer and dryer.

We travelled by airplane, by water taxi (Valporetto), gondola, train, car taxi, metro (Rome’s subway system), and of course, by foot.  My Apple Watch told me that I walked just over 92 miles during the 14 days we were in Italy for an average of just over 6.5 miles per day.  So, yes, if you’re planning a trip to Italy, bring your most comfortable walking shoes!  But, oh was it worth it.  The brief highlights of the trip:

Venice and one of its’ many canals

My favorite picture of my wife in Italy 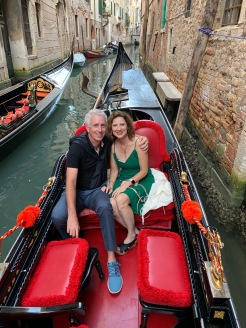 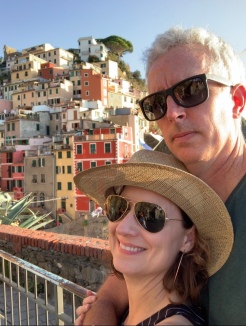 Venice:  St. Mark’s square and St. Mark’s Basilica, the Rialto Bridge that spanned the main canal, and the over-priced gondola ride (you just have to do it though).  And the views… oh, the views of Italy and particularly in Venice and Cinque Terre are breath-taking at times.

Riomaggiore – one of the five fishing villages referred to as Cinque Terre (or as I joked with my wife “Cinque Stairways”).  We took a boat ride while in Riomaggiore to Portovenere for a walk around the small but touristy town and a visit to St. Peter’s.  It was here that Rebekah nearly lost her phone in a disastrous drop from her hand that saw it hit multiple boulders before sliding to a stop at the base of a rock beach just short of the water.  There just happened to be a woman who was down there and brought it back to Rebekah, and miraculously it wasn’t damaged.  We visited one of the other villages – Monterroso, and on our final day went on the “easy” Riomaggiore loop hike, which took us to the top and a beautiful view of the area from the Santuario della Madonna di Montenero church.  It wasn’t that easy. 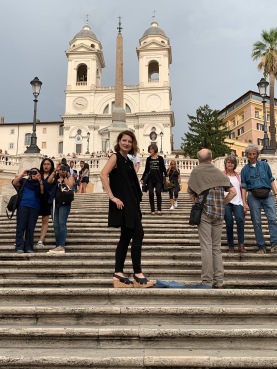 Florence:  an Air BNB right downtown Florence was just steps from the Duomo.  We walked the numerous piazzas and visted Uffizi Gallery, Accademia (Michelangelo’s statue of David), crossed the Arno River and went on a day trip to the Tuscany countryside visiting two vineyards (one of which was also an operating organic farm).  At these two places we did wine-tasting and had lunch at our second one.  In between the two visits, we mad a side visit to the small town of San Gimignano for gelato tasting at a two-time gelato world champion shop (you can only win twice and then you become a judge).

Rome:  Vatican City (Sistine Chapel), Borghese Gallery, the Pantheon, and the Colosseum.  Our Air BNB was just steps from the Metro so we rode it everywhere we wanted to go and see during our stay there.  We mailed post cards from Vatican City, had 32 euro drinks at Harry’s Bar, and strolled the Rodeo Drive of Rome where all the high-end fashion stores reside.  We walked up and down the Spanish Steps and threw coins into the Trevi Fountain ensuring that we will return again one day.  We also perfected the art of “no, grazie” to all of the pushy street vendors trying to prey on all of the tourists every few steps.

Some random thoughts about the trip:

“Stop driving me away, I just want to stay.  There’s something I just got to say“ 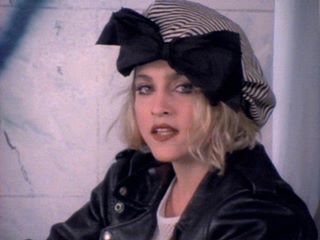 By the time today’s featured song and video were released in February of 1984, Madonna was a young artist with only one other top 40 hit in the U.S. prior, which was the dance club hit “Holiday.”  This particular video and the follow-up “Lucky Star” created a whole new fashion trend amongst young females that year.  I noticed it in 8th grade as some of the girls wore the iconic hair ribbons and their hair like the “Material Girl,” or they sported fingerless lace gloves with an endless amount of rubber bracelets.

I chose today’s artist because when I think of Italian artists of the 80’s she is obviously one of the first that comes to mind.  Her father’s parents were Italian immigrants and she was born Madonna Louise Ciccone in August of 1958.  Here is the one and only Madonna with a song that somehow only made it to #10 on the U.S. Billboard charts in June of 1984, but it’s always been one of my favorites – “Borderline”… 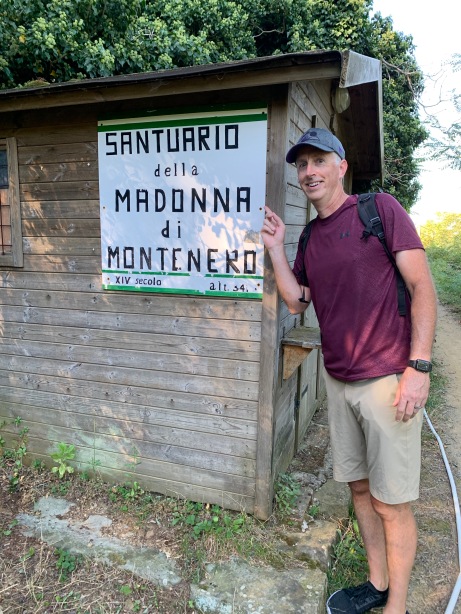 Nearing the end of our hike on the “easy” loop at Riomaggiore in the Cinque Terre.  Madonna was everywhere.

2 Responses to “Just Try to Understand”