“Traveling in a Fried-Out Combie”

“On a hippie trail, head full of zombie.” – Men At Work

I recently heard someone say that you should never start your blog out with “sorry I haven’t posted in a while,” because no one cares.  No one reads blogs!  I think that’s hilarious… and partially true.  I barely have time to write this one much less peruse the blogs of the world reading what else is out there, so I won’t ever apologize for the length of time in between posts.  Plus, I have to spend valuable research time on much more important tasks like looking up “fried-out combie,” and “head full of zombie.”

To inform you – my unbelievably, intelligent, beautiful reader – it’s actually spelled “kombi” and the phrase means that it is an over-heated VW Kombivan.  So, a broken-down van, basically.  And “head full of zombie?”  Well, that is apparently the use of a type of marijuana.

The more you know.

The thunder that came rolling into NW Arkansas like a fully caffeinated “Crocodile Dundee” wielding a cross and a Bible was Australian Pastor Michael Murphy (@michaelleaderscape on Facebook).   And, by the way, if you’re already lost when I said “Crocodile Dundee,” then you apparently don’t know who the greatest U.S.-Australian movie star of all time is (or at least of the 80’s)!  So check out this clip first…

Ok, now back to Pastor Murphy.  He helped Brian and Bobbie Houston lead and start a little church in Australia you may have heard of called Hillsong Church.  Yeah mate, he knows of what he speaks.  And what he speaks is really on leadership within the church and how to cultivate that leadership and help a church organization grow.

“I met a strange lady, she made me nervous.  She took me in and gave me breakfast”

He estimates that he spends 300+ nights away from his home, so he is meeting many strangers the majority of the year.  Those strangers quickly become friends, and then Pastor Murphy makes the most of his time speaking with church volunteers and leaders.  He was in NW Arkansas last Thursday through Sunday, and spoke numerous times including at multiple Sunday services.  I took some notes and this is just a random collection of some of the things that were impressed upon me during his brief time here.

Anyway, the love boat can be many different types of boats through the ups and downs and different stages of marriage.  It’s important to remember that, and to work to keep your marriage boat on course and to make the necessary corrections when needed.  And it takes work!

It was a wonderful and informative few days, and the only thing I regret in my small window of interaction with Pastor Murphy is not thinking to ask him…

“Do you come from a land down under?  Where women glow and men plunder?” 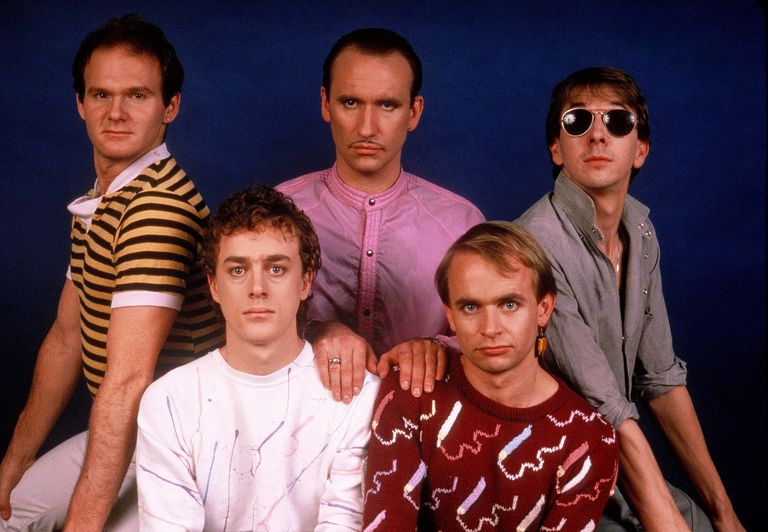 When you think about famous rock groups or artists from Australia, there’s really quite a few that have made it big in the U.S. – The Bee Gees, AC/DC, Air Supply, Olivia Newton-John, INXS, Keith Urban, and heck even Dr. Noah Drake, Rick Springfield, hails from down under.

But when I think of Australia and the 80’s, the first group that always comes to my mind is Men At Work.  The “Business As Usual” cassette was one of the first ones I remember owning and it was also right around the time of my first walkman.  It was 1982 when this song was released in the U.S., and I was about 11 or 12 when I was blasting this cassette from my walkman.

This worldwide smash from Men at Work celebrated their homeland and introduced the rest of the world to the question of “what the heck is a vegemite sandwich?”  (Apparently the actual vegemite spread is dark, and thick like peanut butter, but with a very salty taste).  The song reached #1 in Australia (1981), New Zealand (1982), Canada (1982), and then in 1983 hit #1 in Denmark, Ireland, Switzerland, Italy, the UK, and the U.S.

Here’s the silly little video from Colin Hay and company.  It’s “Down Under” by Men At Work…

As always, thanks for reading/watching, and go out and be a leader today.  Be a better leader today… and maybe hum a bar or two of this tune as you do.

P.S.  If you want to get a taste of Pastor Murphy’s messages and style, here is a 35 minute video from Jan. of this year…

Like Loading...
This entry was posted in Uncategorized and tagged Aussie, Australian, Business As Usual, Colin Hay, Crocodile Dundee, Down Under, Hillsong, Leaderscape, Men At Work, Michael Murphy, vegemite. Bookmark the permalink.

1 Response to “Traveling in a Fried-Out Combie”