“What Do You Want to Do With Your Life!?”

Back in 1984, a M-16 carrying father with anger issues could yell at his son for being “worthless and weak,” and then five questionably dressed grown men with heavy eye makeup could proceed to beat the hell out of that same abusive father, and it was considered comedy gold… borderline Oscar-worthy I would have argued back then.

Fast forward almost 35 years and I don’t think this video gets very far before activist groups supporting gender neutral persons weigh in on these five men known as Twisted Sister (TS).  Bullying groups would be questioning the intended comedic undertones of a clearly abusive father, while anti-violence groups would be outraged at the physical actions against the father throughout the video.  That “father” in the video was poor Douglas C. Niedermeyer.  He was clearly just a victim of his own oblivious timing.

“We’ll fight the powers that be, just don’t pick our destiny, ’cause you don’t know us, you don’t belong.”

“We’re Not Gonna Take It” was an anthem for many teens in the early 80’s.  The video was a staple on MTV in 1984, and it introduced my 13 year old self to the band Twisted Sister and also to what a truly ugly cross-dresser looks like.  I commend lead singer Dee Snider for his boldness, but those men were not pretty.  I was not a big TS fan, but the timing of the message was on point for many in 1984… “you don’t know us, you don’t belong!”

When people ask me what my favorite year of music was from the 80’s, I answer 1984.  To be honest though, no one has ever asked me that question, but that is my honest-to-goodness, swear-on-Lionel-Richie’s-sweet-1984-jheri-curl answer!  Nineteen eighty-four had it all – the beginnings of hair metal emergence with bands like Ratt and TS.  Hip-hop groups were popping up and a certain trio from Queens called Run-DMC was starting to catch my attention.  All the big stars were hitting hard in 1984 too – Prince, Madonna, MJ, “The Boss,” Huey,  and Rick Springfield, and you had 70’s rock staples like Van Halen and ZZ Top enjoying arguably their best year as well.

A music lover could have gone broke at Sam Goody buying cassette tapes in 1984 with all of the good music.  I challenge you to look at the hits from that year, and find me a better year.

“Your life is trite and jaded.  Boring and confiscated.  If that’s your best, your best won’t do.”

Well, 1984 would be the best Twisted Sister would do on the charts.  “We’re Not Gonna Take It” peaked at #21 on the Billboard Hot 100.  It would be their only top 40 single.  The follow up single was another similar type song and video called “I Wanna Rock.”  The song featured a new protagonist and that didn’t fare quite as well.

And finally, it took Twisted Sister to tell us that sometimes your best won’t do.  Thank you for not handing out a participation ribbon fellas, because sometimes no matter how hard you try, it’s just not enough.

Dee Snider joined Twisted Sister in 1976, and were kind of an underground sensation for many years, but it wasn’t until today’s song and video in 1984 that they broke through into mainstream success.

I actually watched a two hour documentary on Netflix about the band a few years ago called “We Are Twisted F****** Sister!”  The documentary was a little too long for me personally, but it gives a good account of the band’s origins and rise in popularity.

The ensuing video from “We’re Not Gonna Take It” was a call to arms for America’s misunderstood, metal-lovin’ youth.  It was our 80’s version of what our parents went through with The Beatles in the 60’s or Elvis in the 50’s.  It wasn’t necessarily about Twisted Sister.  It was about a movement in music.  It was about outcasts with strange hair and makeup playing loud rock music somehow becoming cool.   It gave hope to a new generation of musically talented misfits and misunderstoods in schools around the country.

It was also about those that made it. It was about Motley Crue, and Ratt, Hanoi Rocks, and Cinderella.  And this video also revived the legend of one Douglas C. Niedermeyer.  Check it out. 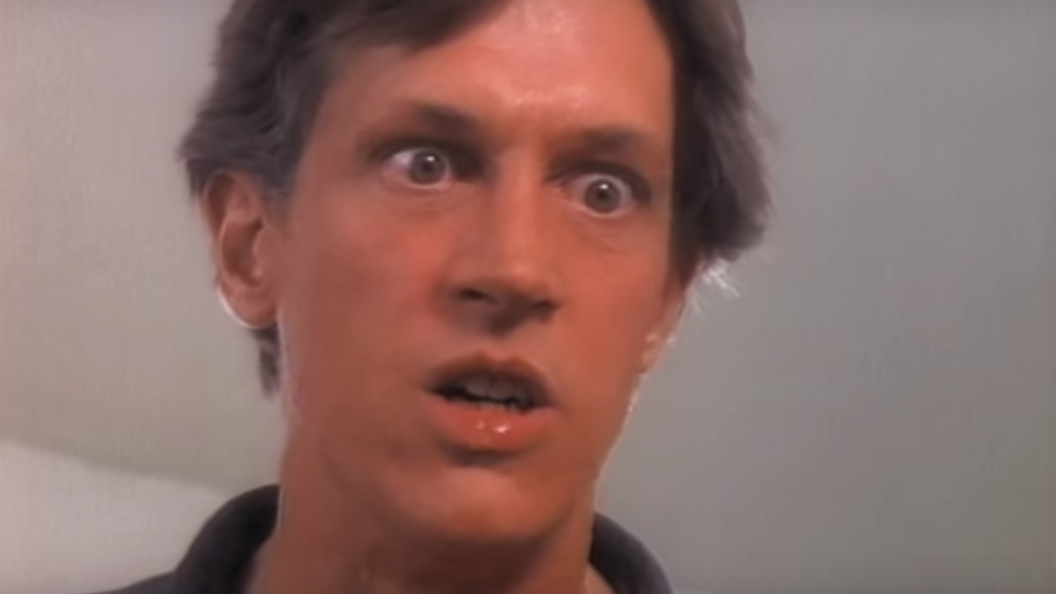 “Stand up straight!  Tuck in that shirt!  Tie those shoes!  Adjust that belt buckle!”

If you didn’t make it to the end of this post, then you’re worthless and weak!  Now drop and give me 20!

P.S.  If you’re a little too young to understand who Douglas C. Niedermeyer is from the TS videos, then let this next clip from the classic movie “Animal House” catch you up to speed.

1 Response to “What Do You Want to Do With Your Life!?”