“I’ll be working here forever, at least until I die.” – Huey Lewis and The News

I loved that “Bowzer “from Sha Na Na was part of the group.

I’ve been reading a book this week that a friend of mine wrote a few years back.  The book is a collection of stories from his time of coaching a girl’s softball team, and one of the statements that really made an impression on me recently was the phrase “embrace the grind.”

One of the definitions of grinding something though is to sharpen it.  As iron sharpens iron anyone?  All the grinding can be worth it.  Embrace the grind.  To “embrace” something is to accept something willingly and enthusiastically.  But don’t you just hate those people sometimes?  It sure is easy to roll the eyes at those type of people, or let out a heavy sigh at a mundane task that we’ve done a thousand times.  Embracing is hard when it’s something we don’t want.

“Hey I’m not complainin’ ’cause I really need the work.  Hittin’ up my buddy’s got me feelin’ like a jerk.”

Growing up in the 80’s, my jobs consisted of odd jobs that are still teenager-related to this day.  I had the occasional babysitting gig through the year.  I worked a girls’ basketball camp or two before my senior year of high school.  But mostly, I mowed lawns with my best friend Barry during the summer.  I worked on my tan as sounds of Van Halen and Guns n’ Roses and LL Cool J reverberated into the depths of my brain while mowing and edging lawns for neighbors and around town.

I mowed those many lawns with one of these things hanging from my belt loop or strapped over my shoulder.

There’s not much to “the grind” when you’re young.  Everything is new.  You’re making money for the first time and spending it on frivolous things.  I was living under my parent’s roof, so there wasn’t a “struggle” to make rent or pay the electric or gas bills.  Maybe there was a car payment or an occasional date involved somewhere during those days, but for the most part it was just spending money for more cassettes!

“Hundred dollar car note, two hundred rent.  I get a check on Friday, but it’s all ready spent.”

My 17-year-old daughter got her first real job a little over a week ago working as a cashier at a local grocery store, so she is just beginning to learn about “the grind” and workin’ for a livin’.  She’ll be asking about taxes and everyone’s favorite friend, “FICA” soon enough, but for now she’s excited.  She came home with her very first check yesterday and it was for $141.  When you’re 17, $141 mine as well be a thousand dollars. 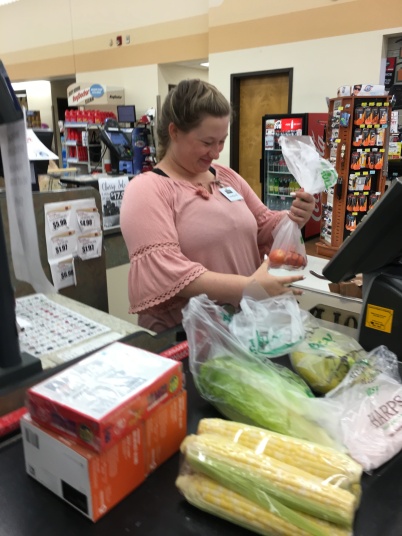 I hope it never does, but the day may come soon enough where she will wake up and feel like it’s the same day as yesterday and work won’t be as exciting.  There will be no newness to it.  It might even be hard and unpleasant and unrewarding.  Even if it becomes a grind, I hope she learns to embrace it, because she’ll be better and she’ll be sharper for it.  If we learn to embrace the grind, we will all be better for it.

Anytime you can get a harmonica solo into a hit song there has to be another level of appreciation for something like that!  I, for one, have always appreciated Huey Lewis and The News.  Sure they have a few songs that make me want to scratch my ear drums for relief (“Hip to Be Square” anyone?), but for the most part Huey Lewis and his band provided some of the best sounds of the 80’s.

They formed in San Francisco in 1979 and broke into mainstream success with one of my favorites – 1982’s “Do You Believe in Love?”  And though today’s song and video is not particularly in my top five of favorite Huey songs, nor a big hit for the group, this track, also from 1982, is an ode to the working man or woman.  It’s an ode to all of you out there grindin’ every day and earning an honest dollar.  It’s now a soundtrack song for my  80’s-music-lovin’ daughter as well.

A shout out to Huey Lewis and continued prayers and good thoughts for his battle and ultimate recovery from Meniere’s disease which has caused him to cancel all of his 2018 shows.

Thanks for reading all of you that continue workin’ for a livin’, and remember to embrace the grind today.

Like Loading...
This entry was posted in Uncategorized and tagged Caroline, grind, Huey Lewis and the News, jobs, work, Workin' for a Livin'. Bookmark the permalink.