How bout a scenic photo from a recent vacation stay instead?  Because the only show here is what I pound out on my keyboard or add in the way of pretty pictures!

Sometimes writing is a struggle, a real grind.  I feel like the blinking cursor is an old basketball opponent mocking me at times – you got nothing!  Your sentence structuring sucks!  You call that a complete thought?  Where’s your transition?  Are you really going to write about (fill in the blank)?  Pathetic!  Is that all you got!?  Don’t bring that weak grammar in here!

With every gloating moment of time that passes my confidence wanes and doubt begins to creep in.  I’m turning the ball over.  I’m missing easy shots.  Typos and dangling participles abound!  I need a bucket.  I need a stop.  I need something to get me going… a thought, an idea, a topic.  Wait, I got it… I got it… nah, I got nothing.

Instead, I find it easier to surf the web checking out the news of the day, and reviewing last night’s statistics of my fantasy baseball team that’s been on the rise the past two weeks jumping from 5th to 3rd and just a half point out of 2nd place (I knew you’d be interested to know that). 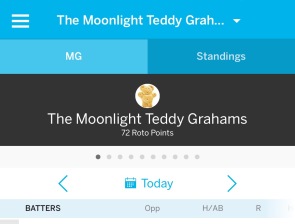 My family and I are a few weeks removed from a trip to Dauphin Island, Alabama, where we enjoyed the beach and some fine gulf seafood during our stay in this sleepy little place.  If you hate travel pieces then you can just stop right now, because that’s what you’re getting today.

This might not be the highlight-reel slam-dunk I was looking for, but sometimes a nice assist or hustle play will work just fine.  After all, you would think that after 1,500 plus miles of driving and a week spent on the beach, and around the tiny little island I’d have a ton to write about.

For those of you unfamiliar with Dauphin Island, it is a 166 square mile barrier island that was originally named “Massacre Island” by French explorer Pierre Le Moyne d’Iberville upon his discovery of a mass grave.  The grave actually turned out to be a burial mound opened up by a recent hurricane.  I can’t believe they wanted to change the name though – how cool is “Massacre Island” I ask!

The island was apparently renamed sometime later for Louis XIV’s great-grandson (and heir) known as the Dauphin (french for dolphin).  Dauphin was a title used for the heir apparent to the throne of France from 1350 to 1791 and again from 1824 to 1830.

The Dauphin Island water tower as you drive onto the island

My daughter and wife on our bike ride just before a torrential downpour drenched us.

This quaint island (connected to the Alabama mainland by the three mile Dauphin Island Bridge) is home to an old military fort (Fort Gaines), a sea lab, an educational aquarium, a bird sanctuary, numerous condos, private houses, and one fabulous bakery.  There are a few local restaurants (our favorites being JT’s Sunset Grill and Dority’s Bar & Grill), and tourist shops scattered throughout the island as well.

(The Lighthouse Bakery was on point and loaded with tons of non-caloric sweets… you just have to think positive while devouring the deliciousness!)

We played on the beach during the day, hunted “ghost crabs” with flashlights at night, and got caught in a torrential downpour riding bicycles one day (ultimately safely finding shelter back at the bike rental place that also doubled as an ice cream and flavored ice place).

The locals we met there were awesome.  In fact, we stayed in a 6th floor condo with a wonderful view that happened to be owned by two island locals (Marcus and Diana) by way of NW Arkansas.  Diana was actually one of our daughter’s pre-K teachers in Springdale many years ago.  We enjoyed a great dinner our last night with Marcus and Diana back across the bridge on the mainland at the Pelican Reef Restaurant.

(My beautiful wife posing at Fort Gains right before this cannon blew the hell out of all those cars down on the beach!  Vivid imagination alert!)

Basically if you like big crowds, lines, lots of traffic, and commercialism then don’t go to Dauphin Island.  You’ll hate it.  Stick to the more well known and touristy Gulf Shores, AL just across the bay.  On the other hand, if you’re ok with a slower pace, less people, less traffic, no chain restaurants (save one little Subway location on the island), and less tourism in general then you might give Dauphin Island a look one day.

The words will come.  The sentences will form.  The post will find completion.  Swish.

I chose this Loverboy hit from 1981 because it just gives me good vibes and helps alleviate any worries I may harbor about tomorrow.  Just forget about tomorrow and live in the present.  I realize that statement drips heavy with irony given the origination of this site was partially due to my love of music that’s approximately 30 years old.

I’m sure Loverboy had some doubts too as to whether they could recreate the success of their first single “Turn Me Loose.”  That single introduced most of us to the Canadian rock band as it turned into a top 40 hit in the U.S. and a top 10 hit in Canada.

“The Kid is Hot Tonite” didn’t break the top 40 in the U.S. for whatever reason, and maybe it created some doubt within the group, but that doubt would be quickly erased by the eight top 40 singles that would follow through 1987.  So, in retrospect, Loverboy really had nothing to worry about.  The biggest concern for the video below had to be lead singer Mike Reno making sure his lip-syncing was on point for this “American Bandstand” “live” performance…

Stay hot, and thanks for reading.

Like Loading...
This entry was posted in Uncategorized and tagged Alabama, beach, Dauphin Island, Loverboy, The Kid is Hot Tonite, vacation, writing struggles. Bookmark the permalink.