“I Wanna Feel Sunlight on My Face” 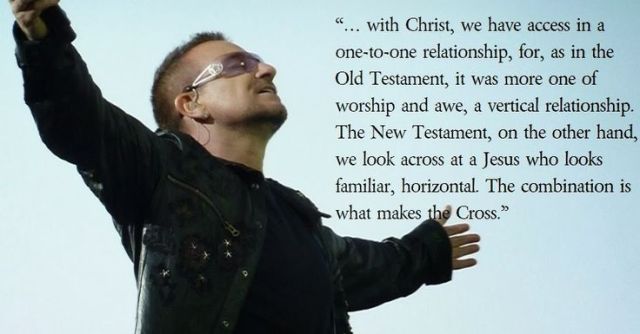 I’m no expert on death.  I know why it happens.  I’ve experienced it and you have too.  I accept it and I know it’s a part of life.  I know that each of us will come face to face with our own mortality some day, and I know God has a plan for us all.  I know that we don’t always understand it.  I’m 45 and I still question why it happens to certain people and the timing of it all.  I think the questioning is just part of what makes us human though.

Days and weeks and months pass by and we may not notice it, but then it touches you or I.  A co-worker’s friend has a two year old that drowns.  A famous baseball pitcher only 24 passes away in a boating accident.  And then one Sunday you notice a lot of cars at a neighbor’s house all day.  You know that there is either a fun gathering or something bad has happened.  You hope for the former, but you’re not surprised when it’s the latter.  Our neighbor directly across the street from us had a 17 year old senior in high school with seemingly endless potential that perished in a one car accident on Saturday night.

His name is Kyler Williams and he was an all-state wide receiver for the Springdale High School football team with college scholarship offers.  I didn’t know Kyler, and maybe that’s what also bothers me today.  I wish I had.  I met him once when his mom moved into the house across from us years ago.  I wish I could recall a story of something funny he said or something funny he did.  I wish I’d just asked him about football one time or gave him a shout of encouragement.  Maybe the time or circumstance never presented itself.  Am I justifying my lack of engagement?  Maybe.  But maybe sometimes we need to create those moments.  I should have created a moment, a small bond of some sort.  Isn’t that what life is about?  About those small moments, those connections and our relationships?

I also wish I could say something or do something in Kyler’s memory that would help ease the pain of a mom across the street that must somehow find the strength to go on without him.  Maybe this post in itself is my way of honoring a young man I didn’t know.  My grandma, who just turned 100 this year, has often said that a parent should never have to bury a child no matter how old, and I can’t think of a more true statement.  It makes you question God’s plan.  I know and I accept there is a bigger plan that our human minds cannot begin to comprehend, but it doesn’t mean I can’t question it.  God gave us an innate curiosity, and I think God expects to be questioned, and would be disappointed if we didn’t question social injustices and senseless tragedies.  I questioned one last night while I silently prayed in the coolness of the night for the family across the street.  I know I don’t feel 1/1000th of the pain that family feels today, but I still empathize and I still care.  It’s a tragedy like this that also shines a beauty on what it means to have family and friends.  Cars and vehicles have come and gone and stayed at the house across the street the past 24+ hours and I know that has to provide some comfort.

I’m not sure how Kyler spent time between his father and mother, but I saw him often across the street coming and going probably from football practice.  I knew his car when I saw it in the driveway and it seems like he was always loading or unloading.  The main thing I remember is that when I did see him he was almost always shirtless.  I used to smile to myself because it reminded me of my basketball playing days at Norman High.  Young and athletic, toned and in great physical shape.  I didn’t have an ounce of fat on me and neither did Kyler.  Friday night Kyler scored three touchdowns (just like his number), had 267 yards receiving, and was named player of the game in Springdale’s homecoming win.

He wore number three apparently when he couldn’t wear number one.  But maybe it’s fitting that he wore the number of God’s divine perfection.  My wife and I watched the local news and his auto accident was the headline.  I’ve seen Kyler’s father occasionally across the street dropping off or picking up his children, and he was interviewed by one of the local television stations yesterday.  I found myself impressed and even astounded at his strength, composure and grace less than 24 hours after Kyler’s death.

I also found myself very impressed with Kyler’s faith.  He wasn’t shy about sharing it on social media.  There are others similar tweets, but this one is one of my favorites I ran across on his Twitter feed from last December…

256 retweets319 likes
When I started this post I admitted that I didn’t know Kyler even though he lived right across the street, but after spending some time watching the interviews and reading the articles and viewing the tweets I feel like I know Kyler better and what type of athlete he was and better yet what type of person he was.  I still regret not getting to know him better at some point over the last few years, but I don’t regret a minute of the time I spent researching and writing this post.

“I’ll show you a place high on a desert plain…”

Of course this U2 song was released in 1987 and popular way before Kyler was even born, but part of the beauty of music is that you can find similarities and inspiration across generations and genres.  One of the things that Kyler’s father said in his interview was that he wasn’t worried about Kyler, because he knows where Kyler is.  I hope that gives him peace.  I hope that gives his family some comfort.  Today’s song fills me with a peace and a hope as I listen to Bono sing about a place where income and religion and race have no division.  If Kyler’s dad believes it, then I also believe Kyler is in that place today probably running post routes.  But I also believe he can feel the sunlight on his face in a place “where the streets have no name…”

Like Loading...
This entry was posted in Uncategorized and tagged Kyler Williams, U2, Where the Streets Have No Name. Bookmark the permalink.

1 Response to “I Wanna Feel Sunlight on My Face”