“If I Could Turn Back Time”

In July of 1989 I was barely two months out of Norman High School and was preparing for college life.  I had signed a letter of intent months earlier to play basketball for Coach Don Sumner and St. Gregory’s College in Shawnee, Oklahoma.

A new chapter was beginning just like it does for every incoming college freshman.  At that time St. Gregory’s was a private two year college with a student population of under 300.  I had twice as many classmates in my senior graduating class at Norman High.

Founded in 1875 by Benedictine monks, St. Gregory’s was a high school for boys until 1965.  St. Gregory’s then became a two-year college before becoming a baccalaureate-conferring university in 1997.  The university began offering graduate classes in 2006.

I used today’s song as part of a video montage that I put together on VHS at the end of the 1989-90 school year.  I had taken with me to St. Gregory’s the family VHS video camera and spent parts of the school year video taping in and around the co-ed dorms, around campus, and around town.  I took my footage and edited it down to an approximately 10-12 minute “highlight” video, and I used this song as the final piece in the video.

Every time I hear this song, I think of St. Gregory’s without fail.  I think of my life-long friends, many of whom I still stay in contact with.  I think of that VHS video that I spent hours putting together.  I think of running around on frozen ponds, our homemade “music videos,” and the late night dorm parties with cheap beer and wine coolers.  I think of the video game sessions of Techmo Bowl on my Nintendo NES, the flag football and intramural basketball and softball, and the iconic mud whiffle ball game we played.

That made it all the more disheartening when I heard that St. Gregory’s was closing its’ doors at the end of this past semester.  A $12.5MM loan through the USDA had fallen through and the funding needed for a university languishing in the red would not be available to help keep St. Gregory’s open.

Though it remains to be seen what will happen with the campus and buildings, the memories are what every proud St. Gregory’s alumni will cherish and carry on with them.  The friendships and lifelong bonds that were forged at that school will live on forever. 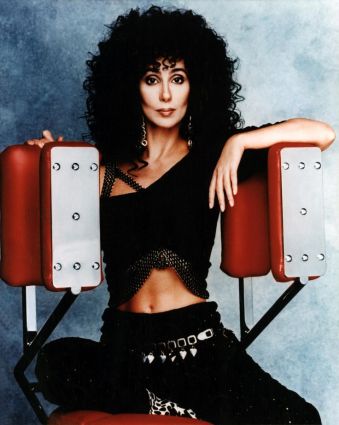 Also in July of 1989 Cherilyn Sarkisian was hitting the pinnacle of a semi-comeback.  Popular through the 60’s and 70’s with her music, “Cher” found the top 10 again in 1987 with “I Found Someone.”  But it was the summer of 1989 that made most red American males sit up and take notice when the then 43 year old released the video for “If I Could Turn Back Time.”

Filmed aboard the deck of the USS Missouri, Cher showed off her fit body and two identical strategically placed tattoos that could be seen through the backside of her one piece fishnet stocking.  Sailors lined the ship and Cher’s band (including 12 year old son Elijah Blue Allman) performed the song and shot the video.

Whether she knew she had a lifelong anthem or not, I don’t know.  She probably knew.  She’s Cher.  Whatever the case, the song provided the perfect backdrop to an amateur highlight video of a bunch of 18 and 19 year olds having fun at a small two year college in Shawnee, Oklahoma.  Maybe this video and song take you back to a moment in time.  How can it not?

Like Loading...
This entry was posted in Uncategorized and tagged Cher, If I Could Turn Back Time, St. Gregory's. Bookmark the permalink.