“Well I Won’t Back Down” 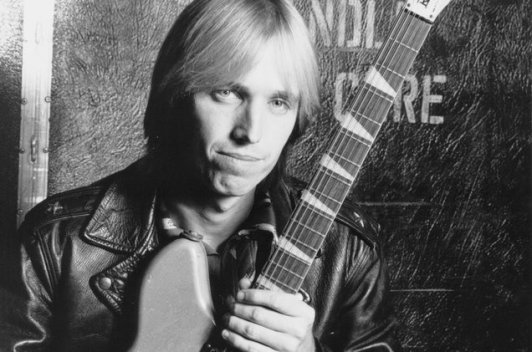 I’m angry with so-called “leaders.”  Not only in our country but around the world.  Quit pointing fingers unless you’re looking in a mirror.

I’m angry with entertainers in general, but particularly those in the NFL right now.  You’re a well-paid entertainer.  I don’t care if you peacefully protest.  Just don’t do it during the national anthem.

I’m angry that death took another rock legend at only 66 years of age.

I’m angry at a random madman who killed 59 people in Las Vegas, wounded many more, and affected thousands more who are now trying to pick up the pieces to a life that will never be the same because of the unimaginable loss of a loved one.

“And I’ll keep this world from draggin’ me down.  Gonna stand my ground”

I’m not staying angry though.  The human spirit always rises.  People persevere and they carry on, but sometimes we just need a little lift.  A pick-me-up of sorts.

Ironically, those same well-paid entertainers are found on this end of the spectrum as well.

See:  NFL player JJ Watt of the Houston Texans who raised over $37 million for the victims of Hurricane Harvey.

See also:  NFL player Deshaun Watson giving his first NFL game check (estimated at over $29,000) to three cafeteria workers for his Houston Texans football team.  All three had lost their homes due to flooding.

Or how about Clemson football coach Dabo Swinney and this video after he invited special needs football player and hero Jake Pratt to a Clemson home game.

How about the story on the new tradition at the University of Iowa home football games?  The University of Iowa Children’s Hospital sits across the street from Kinnick stadium.  For every deranged idiot out there intent on inflicting harm, there are 70,000 fans in a stadium in a city in Iowa waving to children in a cancer facility who value life and want just one more day or week or year or more to live out their lives.

I’m focusing on the good and the kind.  I’m improving my mood, and I hope your mood improved too.  Maybe you even were a little teary-eyed.  I was, but these acts of kindness and compassion are what makes disasters and unthinkable acts of hate easier to take.

“Well I know what’s right.  I got just one life”

His one life lasted 66 years, and it was a brilliant one.  Like so many of his era, Petty was inspired by Elvis and by seeing The Beatles perform on “The Ed Sullivan Show” in 1964.  Petty had 15 top 40 Billboard Hot 100 songs including this one which I’ve always loved for its’ positive, upbeat message.  “I Won’t Back Down” was released in April 1989 and has been an anthem for political campaigns, entertainers, and sports teams.  With a video ironically featuring one-half of The Beatles (George Harrison and Ringo Starr), and also ELO’s Jeff Lynne, the song hit #12 on the Billboard Hot 100.

No matter your current situation or your current outlook, do Tom Petty a solid and put on this song.  Hold your head high, walk tall, and be proud of who you are and where you’re from.  Don’t let the world beat you down, and don’t compromise your principles.  Give love and give thanks to God.  Be who you were created to be.  And most of all, stand your ground, and don’t back down.

“Hey, baby, there ain’t no easy way out”

Thanks for reading, and treat yourself to some Tom Petty at some point this week.