“This Prison Has Now Become Your Home”

“A sentence you seemed prepared to face.” – Sting 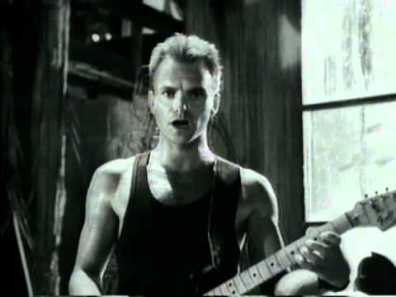 I had just finished another year of prison or school if you will by the time June of 1985 rolled around.  My only year at Whittier Middle School in Norman, OK (8th grade) was complete, but it seemed like school would last forever.  I laugh at that thought now.

The uncertainty of high school lay ahead at a two year “mid-high” called West Mid-High which housed about half of the 9th and 10th graders in Norman.  The other half attended cross-town rival Central Mid-High.  Central was located on the east side of Norman and was filled with academically-challenged thugs, gang members, vagrants, and ugly girls.  Ok, so maybe that’s a slight exaggeration… all the girls weren’t ugly.  Hey oh!  They were our crosstown rival alright?

Also during the summer of 1985 Gordon Sumner released his first solo album called “The Dream of the Blue Turtles.”  Better known for being lead singer of the band The Police and by his professional name, “Sting,”  I disliked his first single “If You Love Somebody (Set Them Free)” very much.  I absolutely hated the second single “Love is the Seventh Wave.”  Ahh, but the third single!  The third single (and final track on the album) saved my growing disdain for his solo career when my ears were treated to “Fortress Around Your Heart.”

As I’ve aged I’ve garnered a better appreciation for the lyrical poets of the 80’s, and one has to include Mr. Sumner in this hypothetical list.  Coming off of the brilliant “Sychronicity” album (the final Police album), his songs and lyrical prowess as part of The Police were well established by then, but no one was sure what to expect from his solo career.  And that act was back-firing in my mind in a hurry when “Fortress Around Your Heart” was released.

“And if I’ve built this fortress around your heart, encircled you in trenches and barbed wire,”

Sting’s clever lyrics drip with images of failure and regret, of trying to bridge gaps and satisfy others, and of attempting to avoid mistakes of the past, and ultimately reconciliation.

Who can relate to that?  Just everyone.

That’s the reason why this song appeals to many and is thought highly of by so many  including Sting himself who once said that the chorus was one of the best he’d ever written.

I’m always impressed at what people produce though trial and tribulation.  This song was written by Sting after the failure of his first marriage that lasted eight years.  At lowest points people amaze me with their resilience and courage and brilliance.  People rise up.

You too will rise up.  If you’re struggling with something or someone.  If you’re feeling down and defeated.  If you feel like someone has built a fortress around your heart just know that you’re not alone.

We were made to be relational.  Bridges can be built.  Obstacles can be overcome and reconciliations can happen.  Be patient.  Be intentional.  Be prayerful.  Be P.I.P., baby!  I just made that up, but I like it.

“Then let me build a bridge, for I cannot fill the chasm, and let me set the battlements on fire” 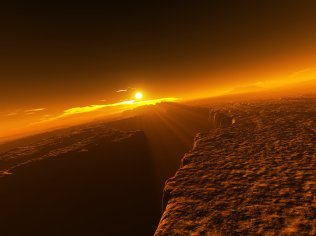 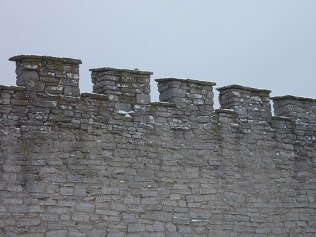 For an 8th grader in the summer of 1985 I was too young to even have a clue of what Sting was singing to me through the oversized stereo speakers in my room.  I wasn’t worried about reconciliation or building bridges or regretting past failures.  I hadn’t really experienced life yet.  I just thought the rhythm of the song was cool and the lyrics were interesting (who uses the word “fortress” in a song, much less the chorus and title?  Sting does!).  I probably had some idea that the song was about war or love or both and I guess I was close, but I couldn’t really relate in 1985.

In 2017 I can.  And that’s the thing with rock stars and their songs.  The people won’t be around forever, but their songs will.  Their lyrics live on, and the meanings behind those songs can be ever-evolving through the different stages we go through in our lives.  If you think about it, that’s a sign of a well-written song.

“As I returned across the fields I’d known, I recognized the walls that I once made.
Had to stop in my tracks for fear of walking on the mines I’d laid.”

There’s a lot of 80’s-ness to enjoy in this video.  For one, check out the ancient VCR at the beginning of the video.  Then, there’s the incredible acting “wakey, wakey, Mister Sting….”  Finally, the slow zoom into the eyes of Sting who is apparently staring deep into your soul, so I’m warning you right now to repent before Sting uncovers your darkest sins and desires through his stare.

I will introduce today’s featured video by quoting Sting – “just one song… and I’ll choose it.”  Well, I choose my favorite… a song that hit #8 on the Billboard Hot 100 – “Fortress Around Your Heart…”

The lyrics, the imagery, and Sting showing off his chiseled arms for the video will forever be my favorite memory to date of the post-Police Sting, who by the way hit the top 40 again at the end of last year with a song I really enjoy called “I Can’t Stop Thinking About You” at the young age of 65.  Kudos to you Mister Sting. 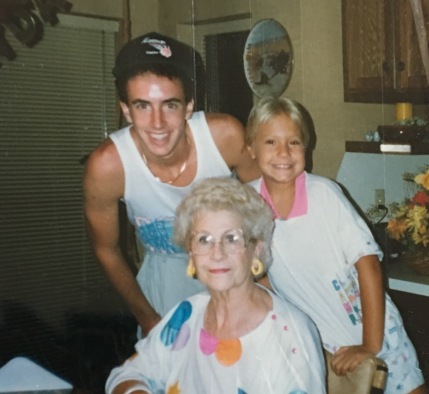 Sting wasn’t the only one putting on a gun show wearing tank tops in the 80’s!  LOL.  My grandma and sister are obstructing the view to my much larger left one.  Trust me.

Like Loading...
This entry was posted in Uncategorized and tagged Fortress Around Your Heart, overcome, rise up, Sting, The Police. Bookmark the permalink.