“Penny For Your Thoughts”

Back in 1982 money went a lot further.  Just look at the above lyrics from the family band known as Tavares.  After all the average price of gasoline was only 91 cents per gallon, the average cost of a new car was $7,983, and a loaf of sliced white bread was a mere 50 cents.  Even though the yearly rate of inflation was roughly 6%, according to Tavares, thoughts only cost one penny and a kiss was five cents!  What a bargain!

You know what else was only a penny back in 1982?  Twelve cassettes of my choice courtesy of the Columbia House Mail-order music club!  With an insert in the TV Guide and usually one in the Sunday newspaper “Parade” insert, Columbia House preyed upon the impressionable youthful minds like myself that craved great music.

With hundreds of cassettes to choose from there was no way I could say no to such an obviously great deal.  I was probably 11 or 12 the first time I joined the club.  I specifically remember receiving Hall & Oates “Private Eyes,” Van Halen’s “Diver Down,” Men At Work’s “Business As Usual,” and Alabama’s “Mountain Music” cassettes among that first batch.  As I remember you had the option of only selecting four cassettes with the agreement to buy one at regular club price over the next year, or you could opt for the 12 with the agreement to buy 8 more over the next three years.  I think even 11 year old me was smart enough to realize that I couldn’t afford to buy eight more cassettes over three years with no real means of consistent income besides the occasional birthday money from grandma, aunts, and uncles.  So, instead I opted for the four cassettes with the realistic possibility that I could scrape together enough cash to pay for one cassette at regular club price, which I believe was Air Supply’s “Greatest Hits.” 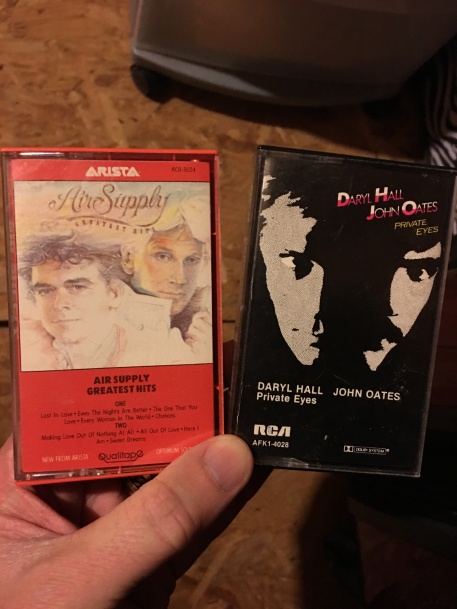 Two of the originals still residing in my attic

My longing to belong to a club probably started earlier in my life.  When I was just a young man of say seven or eight, I wanted to be part of a club.  I wanted to have an actual clubhouse with a unique hand-sewn flag flying from it.  I wanted to hold meetings, and to enjoy the fellowship of my peers concerning important childhood issues of the day like where we were riding our bikes to, what sport were we going to play that day, or just a place to try out new toys or read comic books.

If you’re old enough to remember then you will recall the Little Rascals and “The He-Man Woman-Haters Club.”  I thought their clubhouse and their mission was just about the greatest thing ever.

I grew up, dated, and eventually got married, thankfully making me ineligible for the “He-Man Woman-Haters Club,” but I continued to be barraged with invitations to real clubs.  Service clubs, school clubs, and even buyer’s clubs like Columbia House all clamored for my attention and my membership.

I belonged to Columbia House and later BMG Music Club on multiple occasions through the years in fact.  I mailed in my 1 cent (plus shipping and handling) for 12 cassettes and later 8 CD’s with the agreement to buy the required amount at regular club prices.  And just like many others, I ended up as a 14 year old with no job and a bill my parents had to bail me out on (twice if I recall correctly), but hey, I was part of a club!

I don’t have the minimum IQ (132) to join the Mensa Society club (shocker) or the deep pockets to join The Core Club in New York ($50,000 registration fee and $15,000 annually), but through my work, I am a member of a local country club with access to golf, tennis, swimming pools, and more.  I feel strangely out of place when I’m in the large clubhouse though, but I do feel right at home on the golf course.

We’re on to a new year, and 2017 presents endless possibilities and opportunities before us all.  Clubs and organizations are anywhere and everywhere, but it was only in the 80’s where one penny could make you feel like you owned the world. 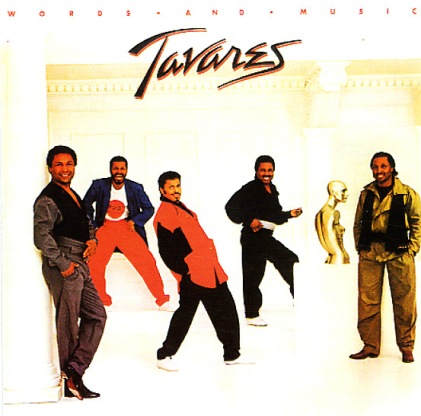 “If I had a crystal ball I would gaze into your mind
See what you were thinkin’, if my ship was sinkin’
If you’re leavin’ me behind”

A penny for 12 cassettes, a nickel for a kiss… Even though this song is really a love song I just loved the fact that it mentions a penny, so enjoy the smooth R&B sounds of Ralph, Pooch, Chubby, Butch, and Tiny today on this #16 R&B charts hit (#33 on the Billboard Hot 100) called “A Penny For Your Thoughts.”  Listen, and think about those first cassettes or cd’s you got when you were just a young kid with no money, but did have a penny.

Like Loading...
This entry was posted in Uncategorized and tagged A Penny For Your Thoughts, Clubs, Columbia House Mail-order Music Club, He-Man Woman Haters Club, One Penny, Tavares. Bookmark the permalink.

1 Response to “Penny For Your Thoughts”