“And the winners are losers.  You see it every night” – Bryan Adams

I’ve always loved music.  All kinds of music.  I tell anyone who asks I might bounce between LL Cool J and Katy Perry, from George Strait to the Foo Fighters and everything in between.  I am pretty sure I acquired the love of music from my parents.  They were always spinning records of Elvis or The Righteous Brothers or Kenny Rogers on our old record player.

My parents had a record player cabinet just like this one stacked with 33’s of classics.

Yep, I was going to be a famous musician if I couldn’t make it in professional sports.  Thankfully, I was good enough in basketball to at least get my college education paid for, because I never possessed the talent nor inclination to work hard enough at the music game to garner stardom there.  Voice lessons – nope.  Instrument lessons – barely, if you count elementary trumpet and beginning guitar.  Oh wait, I was pretty proficient playing the flutophone at Northwood Elementary School in Seminole, Oklahoma.

Could you rock a flutophone?  I think I was actually 2nd or 3rd chair one time.  Impressed?  You should be.  Don’t think my mom was too impressed with my playing.

I’ve known some talented musicians and singers when I was growing up in the 80’s.  I went to elementary school with a guy who’s a noted steel guitarist in the Austin area today, and I went to high school with a guy who was a cool guitarist with the cool shaggy long hair and always playing in a band somewhere.  He still puts out music on youtube or via his Facebook page to this day.  I also was high school friends with some guys that actually put out a song and cheaply made accompanying music video about cheese (shoutout Lance Farley), and it is fantastic.

Of course, if I couldn’t actually sing or play an instrument, then maybe I could be the next great MTV VJ I thought.  At the time I saw myself as a combination of Kasey Casem‘s warmth and genuineness, Rick Dees‘ wit and flair, and MTV Mark Goodman‘s overall coolness and thick curly hair (of which I had some). 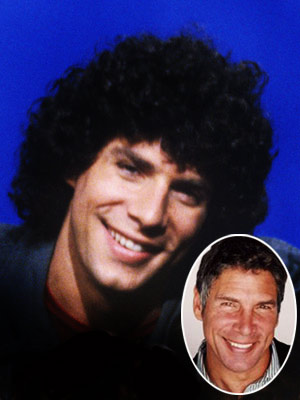 Yep, this guy knew his stuff and had some great hair in the 80’s

Back in 1984-85 I would host a pretend 30 minute video countdown show on Friday afternoons after school in the comfort of my own bedroom.  I would look in the mirror (my pretend studio camera), welcome my pretend audience, and then launch into my own personal top 10 that week.  I would always give some sort of intro to a particular video/song I liked and then, in keeping with real time, would wait about 3-4 minutes (I used an old school stopwatch) before introducing the next hit video.  There was no radio airplay consensus or whatever song MTV or Billboard Hot 100 had at the top, it was completely up to me and my preference at that time.  I used to keep track of the rankings on paper every week, and I stored them in the top drawer my desk drawer.  From #10 to #1, over 30 minutes, I would count them down just like the VJ’s on MTV did every Friday night.

“Another night, another lesson learned”

I don’t have those written records of my top 10’s anymore.  I wish I did, but those records were thrown in the trash long ago.  But, I do remember that I had a time where Bryan Adams absolutely  dominated my countdown.  Nineteen eighty-five was a good year for the Canadian born rocker on all of the charts and even moreso on my charts.  Pretty sure the combination of “Run To You” and “Somebody” topped #1 for about 7-8 weeks straight, and “Heaven” made the cut for a time as well. In my opinion, Bryan Adams’ “Reckless” album was the peak of a very, very good career for Adams.  “Run to You” topped out at #6 on the Billboard Hot 100 and “Somebody” only made it to #11, but it didn’t matter to me.  Like I said, my opinion was the only opinion, and they both hit #1 on my countdown.

One thing I appreciate about Bryan is that there doesn’t seem like an ounce of pretentiousness to the guy.  I could be wrong, because I think it’s probably hard to be famous and be a “normal” person (whatever that means), but when I see any interviews he does today, he seems like the same regular guy today as he was back in 1985 when he was performing in his plain white t-shirt, jeans, tennis shoes, and rocking short hair.  I appreciate people like that.  I’ve only seen Bryan in concert once.  It was about 12 or 13 years ago in Oklahoma City when he was on tour with Def Leppard, and he put on a great show.  He just seemed like a normal, very talented musician and singer that you would want to hang out with and converse with over a beer after the show.

Well, I missed his birthday by a few days, because he turned 57 on November 5th, but here is Bryan Adams with one of his two #1 hits on my personal weekly video countdown back in 1985.  We all need “Somebody,” somebody like you Bryan Adams…

Thanks for your time and as Kasey Casem used to say, “Keep your feet on the ground, and keep reaching for the stars.”

Like Loading...
This entry was posted in Uncategorized and tagged Bryan Adams, Flutophone, Somebody, Video Countdown. Bookmark the permalink.