“You May Be Right”

“I may be crazy.  But it just might be a lunatic you’re looking for.” – Billy Joel

Last night (election night 2016) was crazy.  Maybe even a little lunatic crazy.  Pretty sure Billy Joel nailed it back in early 1980 when he was prophetically telling the voters of 2016:  “You may be right.  You may be crazy.  But it just might be a lunatic you’re looking for.”  Did America get it right?  Is America crazy?  Is it a lunatic we’re looking for or voted for?

This post originally started out as a nice little harmless post that would be dedicated to my first trip to see Billy Joel in concert this Friday, November 11th.  He’s playing at the BOK Center in Tulsa, and the wife and I will be there in section 122 singing along to all of our favorites, and we can’t wait.  I was going to talk about and feature my favorite 80’s Billy Joel song – the Frankie Valli-sounding “Uptown Girl” inspired by then girlfriend supermodel Elle Macpherson and later adapted to Christie Brinkley.  But after last night, my goodness, a different Joel song seems way more appropriate today.

Like many I expected a Clinton win.  I knew she wouldn’t win my state of Arkansas, which has voted red now in 8 of the past 10 elections.  Only the two elections with Bill Clinton on the presidential ticket ended with Arkansas voting Democrat, which is understandable given the fact that Clinton was governor of the state before then.  But to say I was shocked may be a bit of an overstatement.  Surprised though?  Yes.

Regardless of your political affiliation or views though this election just took the whole damn status quo and crushed it like my Power Team nephew crushes cinder blocks with his elbow. 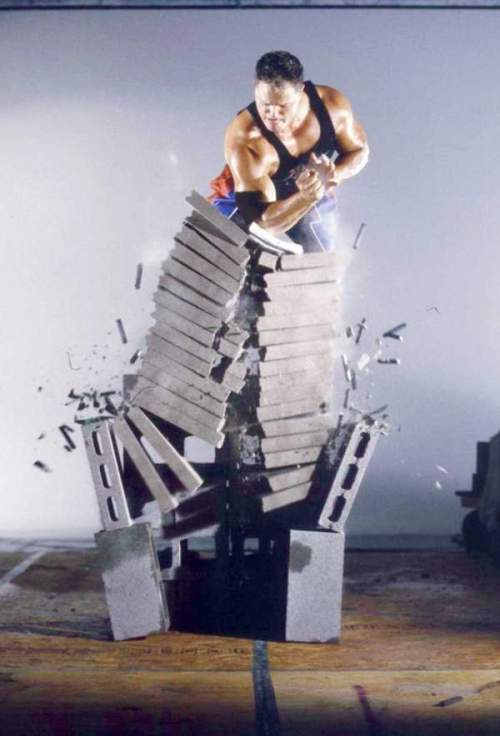 Shoutout to you big John Kopta!

As I’ve listened to people today and scoured the social media outlets I’ve heard and seen the uncertainty in people (Democrat and Republican alike) who were and are using words like “worried,” “anxious,” and “scared.”  Do I think it’s exaggeration?  No I don’t.  But, I’d be remiss if I didn’t try to at least be a small voice of reason and reassurement.  Maybe it will help you or maybe it won’t, but here are a few thoughts I’ve come to accept and believe in the wake of the craziest election I hope any of us will ever be witness to:

“You were lonely for a man.  I said take me as I am.  ‘Cause you might enjoy some madness for a while” 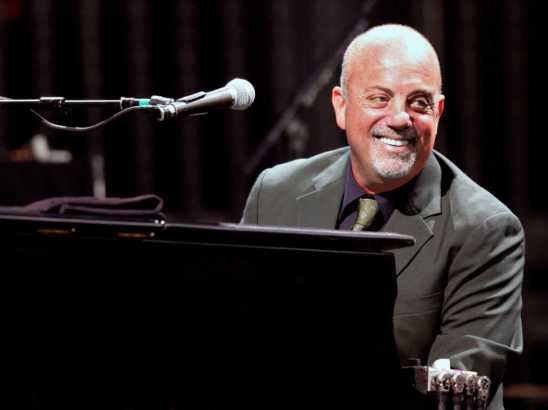 My wife has seen Billy perform before, but it was twenty plus years ago on one of his many tours with Elton John.  This will be my first time, and a check mark on my top 5 musical bucket list.  Like many of the big musical stars Joel leans left and said he was voting for Clinton but added (through his publicist) that “I have no desire to influence anyone to think as I do.  My personal opinion shouldn’t matter to anyone with their own free will.”  Personally, that’s a stance from musicians, actors, and “famous” people that I can respect and agree with.  You can tell me who you’re voting for if you want, but that should be the end of your statement.  I don’t need anything else nor do I care to hear you expand on your reasoning or what you’re going to do if your person doesn’t win.  From Ted Nugent to Miley Cyrus, I’m talking to you.

Well, the election of 2016 is history, and what an interesting, shake-your-head in disbelief history footnote it will make in the realms of history books everywhere.  Thankfully the critical, ugly, too-ridiculous-to-watch political advertising is over with (for another few years anyway) as well, and now we can focus on moving forward.

“You May Be Right”  You may be crazy.  It just might be a lunatic you’re looking for.  Let’s get back together again in four years and compare notes.  Joel has jokingly dedicated his song “The Entertainer” to Trump in pre-election concerts, but I think this hit from 1980 that peaked at #7 on the charts is much more appropriate today.  The video is a 1987 live performance of Billy Joel in the old USSR foreseeing the future of our presidential election…

Thanks for your time and I love you irregardless of whether you’re a blue donkey or red elephant or somewhere in between.

Well, Billy Joel was awesome.  The guy is 67 but he can still put on an amazing stage show.  And as you might expect, here is a clip of “You May Be Right”…

Like Loading...
This entry was posted in Uncategorized and tagged Billy Joel, Election 2016, John Kopta, You May Be Right. Bookmark the permalink.