Today is my wife’s birthday and this post is dedicated to her.

Recently, Stacy (a teller who works at my bank) met my wife for the first time and said “Kyle, I met your wife today, and she is so beautiful!”  I automatically replied “Thank you.  Yes, she is.”  Shortly after I thought why am I taking thanks for her beauty?  I didn’t have anything to do with it!  Stacy, of course, was referring to her outward appearance.  I wasn’t the one that brushed her hair or applied her makeup.  I didn’t choose her wardrobe that day or decide what shade of lipstick to use.  It’s funny how we sometimes automatically and unintentionally take credit for things that are way beyond our control or our creation.

I love this photo of her at Mount Magazine a few years ago.

My wife sometimes asks me questions about our marriage or our relationship and what I think about certain things be they pertaining to our communication or our closeness or our family.  Sometimes I have good answers.  Sometimes I don’t.  Sometimes I don’t have an answer and sometimes I think I have good answers, but they’re not.  Navigating the marriage waters is not always easy.  My best man at our wedding, Barry Blanton, made a toast similar to navigating waters and marriage.  I don’t remember the exact words, but if you’re married or have been married you know what I’m talking about.  There are times of calm, clear, smooth sailing, and then there are times when the waves are crashing down on your pathetic little boat and you think you’re going to drown in a sea of marriage complicatedness.  Not sure if that’s even a word, but I’m using it, because that’s the best way I can describe it.

But, here’s what I realized years ago and it’s what I cling to during times of rough waters – marriage is no different than life itself.  It’s not this “thing” that fits perfectly into its’ perfect little box that we can show off to our friends and neighbors at parties or on social media.  Marriage is an ever-evolving form of life unto itself.  Marriage is hard work.  I didn’t say it is just hard.  I said it is hard work.  It’s not for the whimsical or faint of heart.  It’s not a 50/50 proposition.  It’s a 100%/100% proposition.  If you think it’s supposed to be fair or equitable all of the time, you better think again, because it’s not most of the time.

But, marriage is also very rewarding.  There can be agonizing lows, but there can also be indescribable highs.  It’s a thrill ride like no other that you have to choose to stay on day after day even when you feel like getting off, and there will be days where you or her or both of you feel like getting off.  Instead, you push forward because you know it’s worth it.  This post is not meant to demean or demoralize those that have been married and been through divorce.  In fact those of you who have been through previous marriages know better than most how hard marriage can be.

The Midtown Plaza in Norman, OK where we first met.

I met my wife sometime in the late fall/early winter of 1995 after I decided to join Barry as he opened up BNK Financial Services, which was primarily a mortgage company, in the Midtown Plaza in downtown Norman.  Our office was on the first floor across the hall from a beauty salon called “Ebony & Ivory” where my wife was working at the time.  She was this beautiful redhead who was also a student at OSU-OKC working towards a degree in Landscape Architecture.  I proposed to her in the entryway of that building on a warm day in late July 1998.  Through the years I’ve often told people that she “chased me shamelessly until I gave in.”  That’s not acurate nor true, but it provides a laugh when telling our story.

“Makes me happy.  Makes me feel this way.”

We’ve been married 17+ years and my wife still gets embarrassed I think when I tell her that she’s beautiful.  I think she doesn’t believe me sometimes.  I think she still occasionally sees the young, awkward teenage Rebekah in her mind, and not the beautiful strong woman she turned into.  It’s hard to find words to describe her that don’t sound like a cliché, but truly as beautiful as she is on the outside, she is even better on the inside, and that’s what is really important.  The book of Proverbs tells us that “… beauty is fleeting, but a woman who fears the Lord is to be praised.”  My wife is anything but a cliche’ though, and she is a Godly woman and deserves to be praised.  She has an incredible heart for people and has an encouraging way with Godly advice.  She’s a wonderful mother and friend to our daughter.  There have been way more conversations between those two that I have happily avoided because of subject content.  Come on dads, you know what I’m talking about!  I could have those conversations if I had to, but they are much more real and relevant with Rebekah. 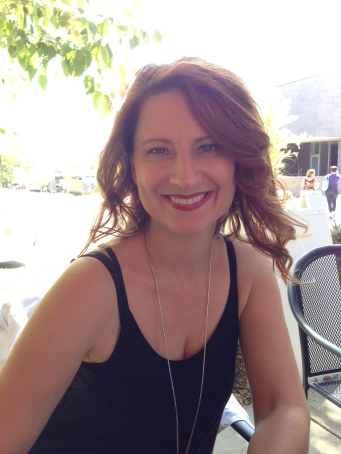 She also has the blessing of a tender heart.  She’s a woman with compassion and love for so many, but can easily be hurt when it’s not reciprocated or turns out to be false friendship.  She is strong where I am weak and Rebekah fills a need in this world.  More importantly to me, she fills a need in my heart and a need in Caroline’s heart, and that’s what she really cares about the most anyway.

Last year just before her birthday (it was a “big” one), I purchased her a red Mini Cooper as a present.  It’s a vehicle she talked about wanting for years.  She has this fascinating love for British things like their accents, all things “Doctor Who,” all things Princess Diana, and of course, Mini Coopers.  This one was even the right color and has the cool racing stripes on the hood. 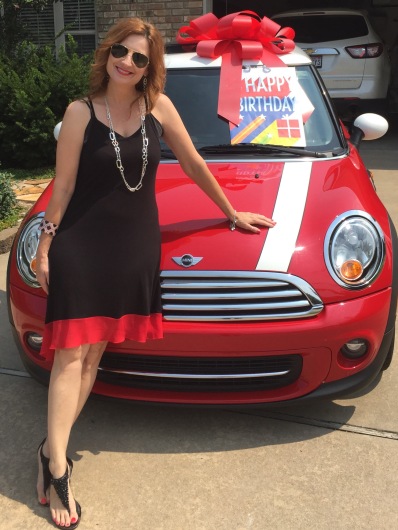 Rebekah and her Mini that she affectionately named “Winnie” on her license plate.  If you loved “The Wonder Years” growing up then you have to appreciate that!

There’s not much topping a vehicle for your birthday so this year I wanted to give her something more personal.  Something she values more than materialistic gifts.

For the better part of a year she has led a women’s study group.  They’re currently reading and studying a book written by Danny Silk.  Sometimes I think my wife is secretly on Danny’s payroll because of the sheer number of  mentions that Mr. Silk and his book “Keep Your Love On!” has received in Rebekah’s sphere of influence.  I’ve heard her many times with words of encouragement or gentle instruction and the conversation usually begins with “I’m reading this book called ‘Keep Your Love On!’…”

My wife is single-handedly pushing this book up the bestseller lists.

I mention this study group and book because Rebekah has also tried to get me to read it and so far I’ve read two chapters, but that was almost two months ago.  I’ve always had another book or something else I’d rather be doing as an excuse.  So, for her birthday I purchased the book (the actual physical book) AND the workbook and both should be to me via UPS by Tuesday.  My pledge is to begin reading and studying with the group when she begins anew in about two weeks.  As much as she loves the car, this pledge is probably more meaningful and personal to her.  Expensive gifts are nice, but sometimes the thought and execution of something more personal is even better. 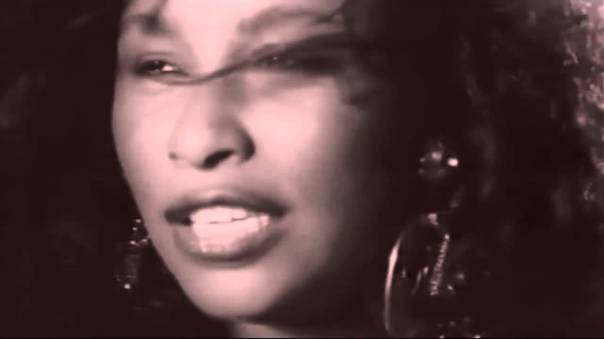 The song “Ain’t Nobody” by the group Rufus & Chaka Khan was released in late 1983 and hit #1 on the U.S. R&B charts and topped out at #22 on the U.S. Billboard Hot 100.  It’s one of her signature songs and I chose it today on this post for a several reasons.

One, it’s featured in the 2003 romantic comedy “Bringing Down the House” starring Steve Martin and Queen Latifah.  Even though it wasn’t Khan’s version (Kelly Price sang it for the movie soundtrack), the song reminds us both of a movie we love watching (check it out if you haven’t seen it).  Secondly, watching the video you just sense the presence of a strong, beautiful woman who knows herself and knows what she wants in life, and that reminds me so much of Rebekah.  Thirdly, this is my favorite Chaka Khan song because she just blows it out in this song – I just love her voice and the rhythm of this song.  My wife may not be able to hit some of Chaka’s notes (heck, Chaka probably can’t hit some of those notes 33 years after release), but she has a great singing voice as well after spending many years singing in church choirs and possesses a little of that soulful feeling you get listening to this song.

Happy birthday to my babe.  I hope you sing this next line, and smile that sweet smile of yours…

“Ain’t nobody loves me better than you…”

1 Response to “Ain’t Nobody”