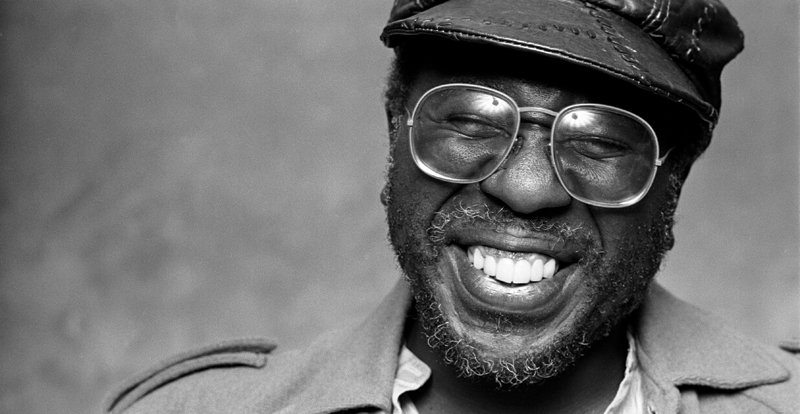 Sometimes I think it’s not necessarily the pain of losing someone that causes the most grief.  It’s in those dark moments in the days and weeks and months immediately after that cause some of the greatest heartache.  Maybe it’s the finality of it all.  Maybe it’s the sense that our loved one is slowly slipping from our short-term memory into our long term spectrum, and becoming just another passing image of better days gone by.

Those images become a little more fuzzy, the voice a little more distant, the scenes a little less vibrant.  There’s also this strange feeling that we don’t want to let go of the pain, because it means letting go of the person, which we all know somewhere cognitively is just not true.

It’s taken me quite some time to work through my personal loss this year and put it in a somewhat coherent post.  I’ve already lamented over how bad 2020 is so far.  That’s no shocker, but somewhere there are silver linings.  I just can’t quite see them yet.  I came across a post on Insta from my cousin’s girlfriend recently, and it said something to the effect that she isn’t counting 2020 to her age because she didn’t use it.  Fair enough.  And if you’re reading this, and you’ve lost a friend or family member recently (COVID or otherwise), then I’m truly sorry.

“Faith is the key.  Open the doors and board them.”

I lost my father-in-law, Haskell Rycroft, in March (heart).  He was 88 and still at the top of his game mentally.  He was a pastor, a husband of 50+ years, and a father to six daughters (nothing could scare him!).  He was a force of nature – “a man’s man.”  He loved guns and hunting and sports and politics, and most of all was passionate about pursuing his God and spreading what he knew to be truth.  He was creating.  He was writing poems and books and lyrics and strumming his guitar and making music with his newfound love of the harmonica.  He was still preaching and teaching to whomever would listen.  Haskell had the key and he got on board. 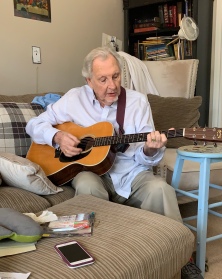 (My wonderful, loving father-in-law, Haskell.  Harmonica in hand and joy in his heart.)

I lost a college basketball teammate in April (heart).  He was hilarious and talented and people loved him.  He was a basketball coach, a musician, a husband and father.  He was coaching young men during some of their most formative years at a high school in Oklahoma.  He was hawking health products and cars and shoes online.  He was a hustler.  He was also writing and creating new music and putting it out for wandering ears on whatever platform he could connect with you on.  He was performing live concerts from his house during lockdown and you could find his musical taste somewhere between Waylon, Hank and Merle, and Prince on the musical spectrum.  Wes had the key as well and he also got on board. 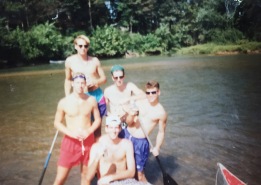 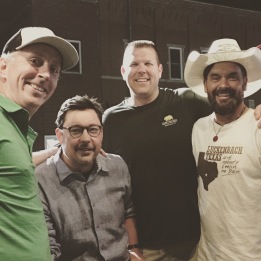 “All you need is faith to hear the diesels humming
Don’t need no ticket.  You just thank the Lord.”

I don’t post these pictures of two men separated in age by nearly 40 years to make you feel sorry for me or to garner some unnecessary attention.  I don’t need it (and by the way these two men would have gotten along fabulously).  No, I post these pictures to relate.  I join you on the pain spectrum.  I feel your sense of loss.  You are not alone in wanting to see people again.

You are not alone either in wanting to hold onto the pain for fear of letting it go, and in doing so letting go of that person.  In fact, I’m not telling you to let it go.  I hear that advice too often, and it’s not always applicable.  Hold onto it while it’s comfortable.  Just put it away in the closet or a lock box or a photo album when you don’t need it.  Let the man who will take away the pain hold onto it, but go back and grab it when you need to, because it’s ok to.

I also post these photos to celebrate those two lives.  I post them to celebrate those in your life that you want to celebrate, those that got on board.  If you’ve lost anyone recently, post their photo in the comments section if you want.  There is something cathartic about putting words to paper and surfing through old photos on a cell phone.  The silver linings many times are just the smiles that are often unintentionally cast across our faces thinking, looking, and remembering.

“Have pity on those whose chances are thinner
‘Cause there’s no hiding place from the kingdom’s throne.”

The religiously inspired song written by Curtis Mayfield and sung by his group The Impressions in 1965 has always carried with it a message of hope and freedom and unity.  It’s beautiful.  It provides a big-picture mentality and was one of the reasons Dr. Martin Luther King Jr. used the song as an unofficial Civil Rights movement anthem.

Whether your faith carries you in search of better and brighter days ahead (and I hope it does), I think we all need to heed songwriter Curtis Mayfield’s message as it applies to the now and to eternity.  It’s also just a mellow, cool song that we can all lean back to, close our eyes, feel the sun on our faces, reflect on beautiful days gone by and better days ahead.

Here are two different but very powerful versions for your sampling taste today:  the late Curtis Mayfield’s version (assisted by Taylor Dane on vocals) from 1989 and a short-lived NBC show called “Night Music,” and then the video featuring the distinctive voice of Rod Stewart with the legendary Jeff Beck on guitar from 1985.

Haskell Rycroft on his harmonica playing O What a Savior

1 Response to “People Get Ready”