Actually I don’t know that at all.  What I do know though is there are times when these posts write themselves almost like a country song.  You know – your girl left you, your truck broke down, your dog died, and you’re drowning your pain in a third whiskey and coke at the local honkey-tonk.  Your stereotypical country song.

The country song theme I’m creating here isn’t accidental either.  It’s because of the recent ACM awards show from Las Vegas a few weeks ago.  I happened to be at my parents’ house in Norman, Oklahoma that Sunday night.  I was there to help them get to and from a minor out-patient surgery the next morning, and we decided to watch the show.

My family is a music-loving family.  I grew up with my parents playing everything from Elvis to The Righteous Brothers to Willie Nelson on the stereo.  Those big 33’s would spin and drop and blast over the speakers throughout the house on Friday and Saturday nights all the time in the summer.  It’s where I was first introduced to country music, specifically Alabama, Kenny Rogers, and Ronnie Milsap.

As we watched the show on Sunday night I kept cracking up at my parents’ insightful and random comments throughout the show, mostly my dad’s.  So when I say this post wrote itself, I mean my dad pretty much wrote this post for me.

Here are some of my favorite lines:

There were a lot of “who’s he and who’s she?”  That included everyone from country superstar Jason Aldean to Ty Bentli (a popular national co-host on radio and television that I didn’t know either) and even the legendary Joe Walsh.  I quickly asked my dad if he had ever heard of the band The Eagles which he nodded that he did.  Whew!  I didn’t feel like giving an oral history on one of the most legendary bands of all time. 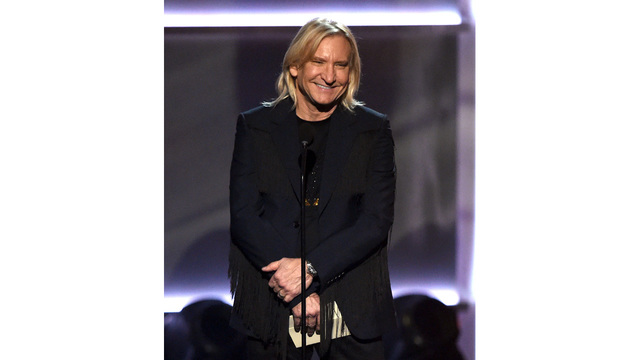 Dad, this is Joe Walsh.  He’s from a little known band a million years ago called The Eagles.

“Twenty years ago they’d all be wearing suit and ties.”  I will give my dad this one and add cowboy hats and boots to the equation as well, because some of today’s “country” artists wear tennis shoes and ball caps.  I guess that’s still country, but I miss all of those cowboy hats and boots when I watch the performers these days.

Speaking of wardrobe and fashion… “Your mom would never let me grow a beard.”  That one cracked me up and I totally believe it.  My dad never had anything more than long sideburns in the 70’s.  If he ever had facial hair, he didn’t have it very long. 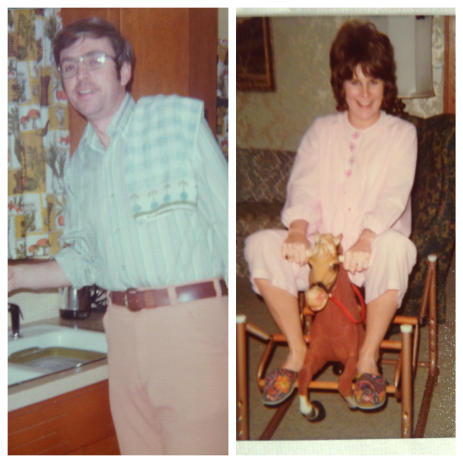 Semi-long sideburns was about as crazy as it got for dad.  And here’s my mom gone country riding a horse

“She (Miranda Lambert) is better looking than his current girlfriend.”  Sorry Gwen and Blake, but dad is team Miranda.

“Mom was a better dancer than all these people.” I will take your word for it, but I know my mom has some dancing skills.

Speaking of females… “There’s a lot of skinny girls on this show.”  Pretty sure country music might have an image problem if my dad is noticing only skinny girls and the lack of big boned musical talents.

My mom’s zinger of the night… “She should get a baton and get to twirling.  She looks like she’s dressed more for that than for singing.”  The quote is loosely paraphrased, but that was my mom’s sentiment when she saw Kelsea Ballerini on stage singing “Yeah Boy.” 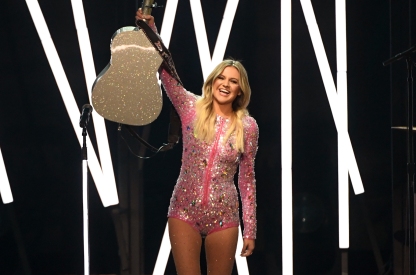 Mom thought she should have a baton instead of a guitar

“I wonder where Tiny Tim is now?”  This question didn’t come totally out of left field.  We saw a commercial during the show that featured a ukulele, and for those of you wondering who the heck Tiny Tim is, here is his wiki page.  And for the record, dad, Tiny Tim passed away in 1996.

More fashion commentary from the man who hasn’t bought a new piece of clothing in years… “He needs to buy some shoes after this (Thomas Rhett after winning male vocalist of the year)”  Thomas was sporting some white tennis shoes as he took the stage in his skinny black jeans and shiny black jacket.  Oh Thomas, you look more like an imitation Mat Kearney than a country superstar. 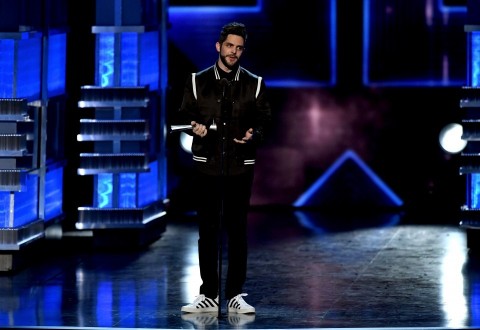 Either/or?:  Is this Thomas Rhett or a Backstreet Boy?

“Do you think Julius Larosa could be a hit on this show?”  This was my first “who’s he?”  Born in 1930, Larosa was an Italian-American pop singer apparently.  Here’s more detail if you’re so inclined.

“They have 6 blondes sitting all next right to each other.”  Well slap your grandma!  He’s right.  Whatever that means for the show or country music.

Finally… “I never heard of any of these people.  Where’s Kenny Rogers?”  Well dad, he wasn’t at the ACM’s, but he’s right here on today’s post in sincerely the 80’s! 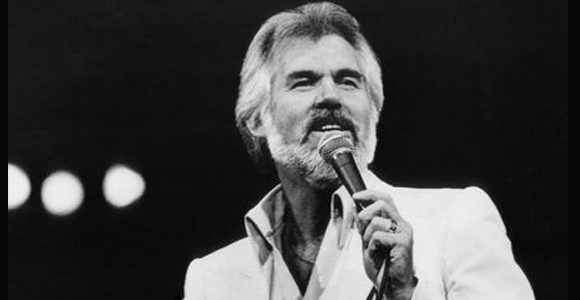 I featured Kenny Rogers one other time on this site, but for those of you that didn’t read that piece please know this – Kenny was the man back in the early 80’s.  Besides having twenty-something number one country hits, the man also had two US Billboard Hot 100 number one’s, and the early 80’s were very good to Kenny.

The best beard in music at that time.  The finely coiffed hair.  The masculine, dark chest-hair.  The pimpin’ suits!  The ladies swooned over him and the guys wanted to be him.  My parents saw Kenny numerous times in Las Vegas over the years.

Today’s featured song was a top 10 US Billboard song and a #1 country hit for the duet of Rogers and the little known Scottish singer Sheena Easton.  And yes, those of you scratching your heads wondering – is this the same Sheena Easton with that famous sexually explicit song?  Yes.  Yes it is the same Sheena that charted the top 10 US Billboard and R&B song “Sugar Walls,” (written by Prince) which was considered one of the “Filthy Fifteen” by Tipper Gore’s PMRC (Parents Music Resource Center) in 1985.  Before Walls though Easton was just another successful duet partner for Rogers.  “We’ve Got Tonight,” was just another massive crossover hit back in 1983 for Kenny Rogers…

Like Loading...
This entry was posted in Uncategorized and tagged ACM awards, country, dad, Kenny Rogers, Mom. Bookmark the permalink.